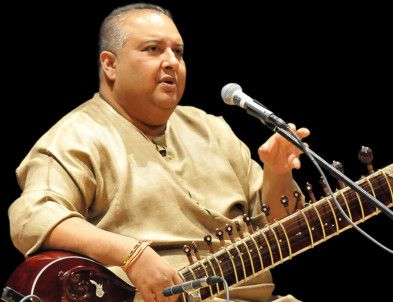 Gulf News asked music maestros in India and the US whether a specific music therapy is helpful and how music can heal during times of distress. Here’s what they said:

“Music is just a particular type of sound which has a reach deep into our different levels of consciousness. Therefore it can heal things that we are not even aware of. We have always been talking about reach out to god and higher level of spirituality through music, but for me music has always been a major instrument to find myself and that’s the greatest thing I consider to have achieved on becoming a musician.”

“Music in general and Indian music in particular has its therapeutic effect because of the aesthetic use of each musical note. A few days back, an unconscious coma patient came out fully well after listening to Raag Darbaari played on an Indian instrument!”

“Art Blakey said ‘Jazz washes the dust of everyday life’ … Music has ebbs and flows. It has tensions with rhythm and melody that eventually releases or resolves. So when you listen to music it takes you through waves of emotions and puts you in a contemplative/thoughtful state. Ultimately you get to know a deeper side of yourself. It is interesting that it takes 13 minutes to change your mood — to feel a release. I’m going to start timing myself.”

“I believe that a sustained engagement and involvement with the arts could sensitise human beings. In the very violent polarised times we are living in, it would be beneficial to try and use this strength of the arts to create a more sensitised, tolerant and peaceful society.”

“I am surprised that people should think that one should listen to music only for 13 minutes. In my opinion, the more music in your life, the more calm and happiness it can bring to you. Keep music in your house all the time. It’s up to you to decide what kind of music you want to listen to, but it will only enhance your life in many different ways.”

“Music is not just about melodies. Music is about frequencies. When we say Nada Brahma, it basically means Sound is God. The reason being that there are frequencies involved in music and these frequencies can work in different ways. Which is why they say that if you play a certain raga there would be rain, if you play another raga there would be fire. These frequencies have the power to ignite certain physical manifestations. And what can be manifested physically also has an emotional quotient. I definitely endorse this thought that for people who are going through depression, listening to specific kinds of music can work as a positive therapy.”