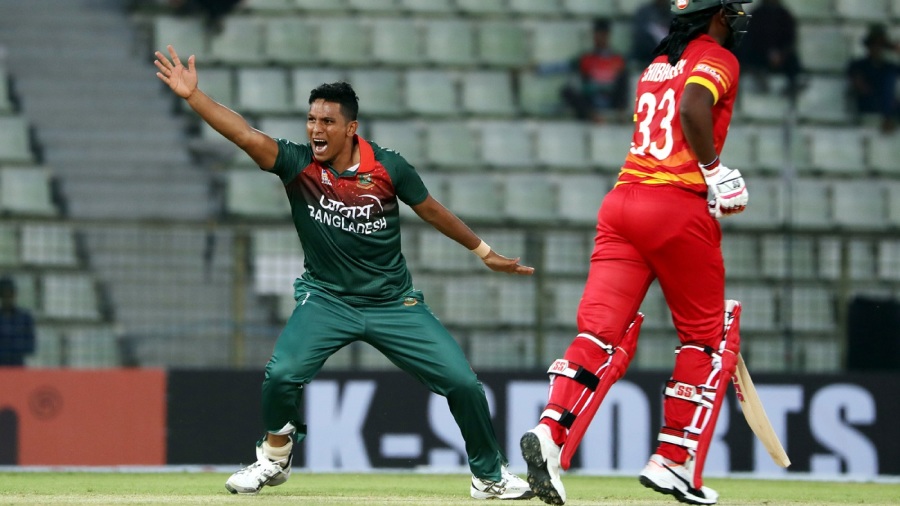 The ODI series began as a possible Mashrafe Mortaza farewell series, and after a thrilling finish in the second game and Bangladesh taking the series 2-0, the dead rubber on Friday is now going to be Mortaza’s last as captain. Zimbabwe suddenly found their mojo through some big-hitting from the unlikely source of Donald Tiripano, to which the home side will counter with some of their more skilled bowlers.

Both sides are taking baby steps back into good performances at the international stage. Two consecutive 300-plus totals will definitely give Bangladesh some idea of what they should focus on, against any bowling attack. Both openers, Tamim Iqbal and Liton Das, have made hundreds while Najmul Hossain Shanto and Mohammad Mithun got runs at important junctures. They will be without Mushfiqur Rahim for this game, after the BCB president Nazmul Hassan decided to “rest” him to have a look at another young player for the Pakistan ODI which Rahim will miss next month.

Bangladesh, however, have to take a deeper look at their bowling options, particularly for the death overs. Mustafizur Rahman and Mohammad Saifuddin must be the first choice but it was clear in the second game that Al-Amin Hossain and Shafiul Islam need a bit of time to adjust themselves in ODIs. Mashrafe Mortaza bowled better in the second game, as did Taijul Islam and Mehidy Hasan Miraz despite the wet ball.

Zimbabwe’s bowling has bigger problems as they lack a leader. Chris Mpofu is their most experienced bowler but he was dropped for the second game. Charlton Tshuma made his debut while Tiripano and Carl Mumba are, at best, steady options. Tinotenda Mutombodzi and Wesley Madhevere are also not frontline spinners, which leaves a lot of work for Sikandar Raza in different segments of the innings.

But Zimbabwe will take heart from the four half-centuries from Tinashe Kamunhukamwe, Madhevere, Raza and Tiripano, which nearly took them to victory. They lacked partnerships in the top order but the dressing room has enough steady characters to recognise the problem. They are due some runs from captain Chamu Chibhabha, Sean Williams and Brendan Taylor.

Taijul Islam is slowly becoming a frontline option in the ODI side, after being a stop-gap option, playing only four ODIs in his first two years of international cricket. He took three wickets in the second ODI, and showed that even with a dewy ball, he can at least offer control from one end.

Brendan Taylor is running the risk of finishing with his worst ODI series in Bangladesh, having scored six fifties and a hundred here in six previous bilateral series. Taylor’s runs would also give Zimbabwe some more meat in the middle order, as they look to avoid a whitewash.

Soumya Sarkar has been added to the squad with Mushfiqur Rahim rested for the third ODI. But it is likely that either Mohammad Naim or Afif Hossain will take Rahim’s place. The returns of Mohammad Saifuddin and Mustafizur Rahman are also on the cards. Naim could even replace Najmul Hossain Shanto, who suffered a finger injury in the second game.

Sean Williams is hopeful that Craig Ervine will recover from his flu to bolster the top order. Captain Chamu Chibhabha’s fitness is also a concern while batsman Timycen Maruma, pace bowler Chris Mpofu and left-arm spinner Ainsley Ndlovu are their other options in the squad.

Both captains said that the Sylhet pitch is more uneven in the first half, and gets better as the game progresses into the evening. Mortaza also claimed there was dew in the evening, so the team winning the toss would look to bowl. Weather, however, doesn’t bode well as there’s rain in the forecast around the eastern part of the country.

“History says that a good opening pair always makes a team better, so now that I have got some runs, and Liton is doing well, and if we can play for a long time, it will only benefit the team.”
Bangladesh opener Tamim Iqbal on the Bangladesh openers now getting hundreds in the series.