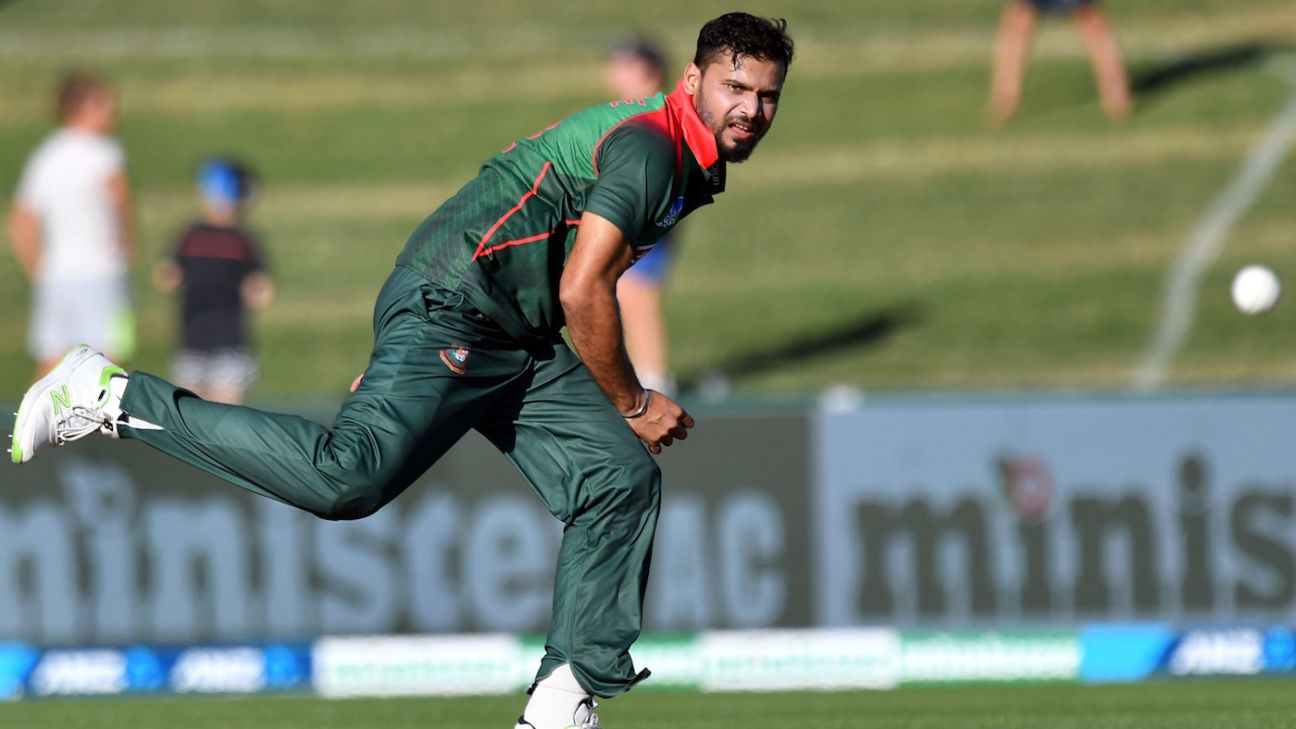 Mashrafe Mortaza has said that the third ODI against Zimbabwe on Friday will be his last as captain. His announcement comes after the BCB president Nazmul Hassan, prior to the ODI series, had said that they would look for a new captain after this series. Mortaza, however, has said that he will continue as a player.

Mortaza led Bangladesh to the semi-final of the 2017 Champions Trophy and the quarter-final of the 2015 World Cup, after taking over as the white-ball captain in November 2014. This was his third stint as captain, after he was first named as Bangladesh captain way back in 2009. However, he had to give up the role the following year due to multiple injuries.

In all, Mortaza led in 87 ODIs, winning 49 and losing 36. Bangladesh also won 10 T20Is in 28 matches under his captaincy. Interestingly, Mortaza led in only one Test, against West Indies in Kingston in 2009, which Bangladesh won.