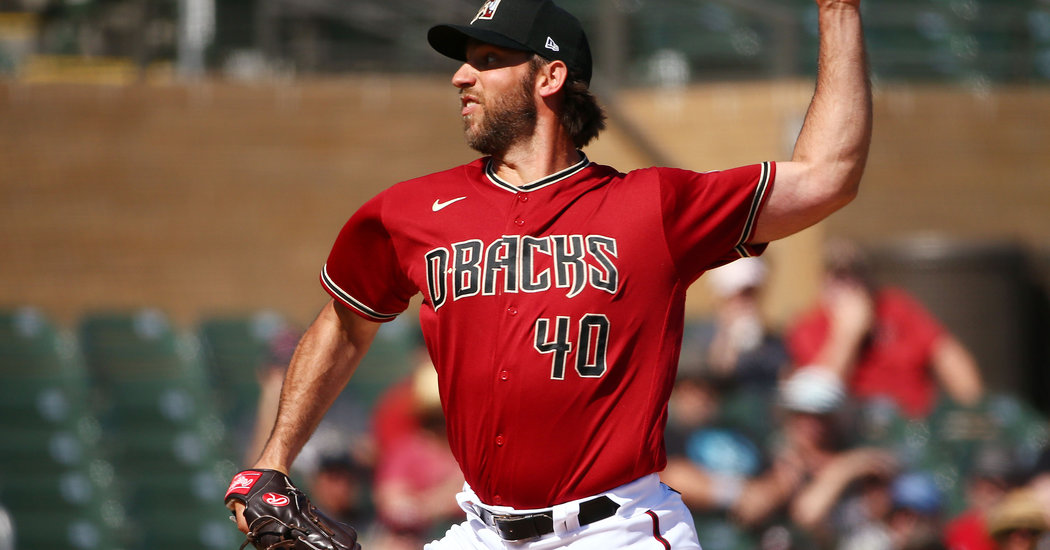 “He figures out a way to compete even when he doesn’t have his best stuff, and to me that’s invaluable when it comes to a young staff like we have,” said Arizona’s Stephen Vogt, who caught Bumgarner with the Giants last season. “A lot of his numbers were up last year, like his spin rate, and he’ll try whatever it takes to figure out how to get outs. He’s an ultimate competitor.”

Gallen is Bumgarner’s daily catch partner and has noticed the life on Bumgarner’s fastball, though Bumgarner otherwise goes easy on him. (“He doesn’t blow me up too much with his cutters and his sliders.”) Gallen said he had tried to learn the intangibles of a proven winner.

“He’s pretty open,” he said. “With a guy like that, you’re usually feeling around, seeing how he’s doing, but I was super-pumped when he was like, ‘Hey, listen, if you have any questions, ask me anything.’”

Mike Hazen, the Diamondbacks’ general manager, worked for Boston when stalwarts like Josh Beckett, John Lackey and Jon Lester helped pitch the Red Sox to championships. He cited them — along with Bumgarner and Clayton Kershaw — as examples for Gallen and other Diamondbacks pitchers.

“It’s not always just raw stuff, it’s work ethic, determination, execution, competitiveness,” Hazen said. “We can’t notice that all the time, because you take it for granted, maybe. But it is a separator, for me, with top-of-the-rotation starting pitchers, that they have those types of skills. MadBum has them. Watching and modeling that behavior every day, it’s got to help those guys.”

Bumgarner was hit hard by the Cleveland Indians on Tuesday, allowing five runs in two and two-thirds innings, three on a long home run by Francisco Lindor. He said he was not concerned — he often struggles in spring training — but on the field he took things seriously, pounding his glove in frustration when his pitches missed their location.

He takes the same approach to hobbies. The Athletic revealed last month that Bumgarner, who grew up in North Carolina and has a ranch in Arizona, uses an alias, Mason Saunders, to compete in roping events at rodeos in the winter. He has not discussed the topic since, but he said then that he did no activities strictly for fun.