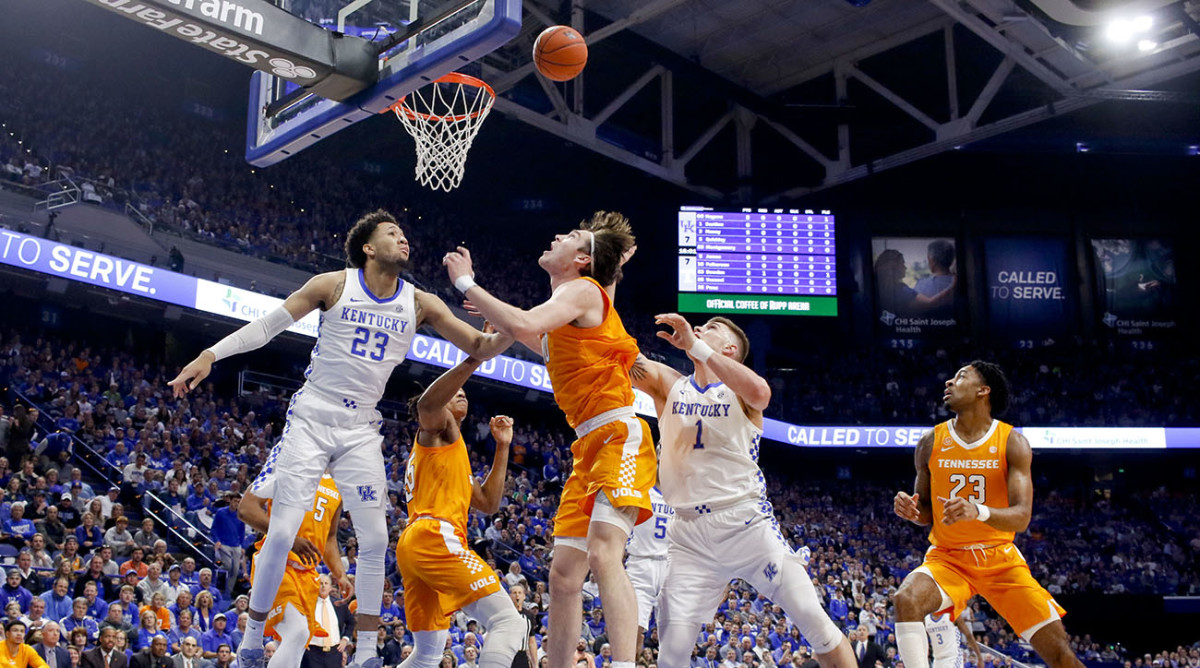 Kentucky has banned a fan from all future sporting events after she shouted a racial slur at a Tennessee fan on Tuesday night, director of athletics Mitch Barnhart announced Thursday.

“We have permanently revoked ticket privileges for all UK Athletics events from the person who made the abusive remark at Tuesday night’s game, effective immediately,” Barnhart said. “This misconduct is unacceptable, unwelcome at the University of Kentucky and not reflective of our values.”

The incident occurred at Rupp Arena in the final minutes of the Wildcats’ shocking loss to the Volunteers. LEX 18 reports Ethan Williams, a Tennessee fan, started recording video of Kentucky fans leaving the game early. After he made comments about people exiting the arena, a Kentucky fan stopped by his row and called him the N-word.

The Wildcats fan, Ashley Lyles, issued an apology for her behavior, per LEX 18.

“My reaction after the game was unacceptable, period. It was against all values of the University and state of Kentucky. I humbly apologize to the individuals at which my words were directed,” Lyles said. “My words were hurtful and hateful and have no place in this world. I apologize to the University and state of Kentucky for the embarrassment I have caused. I want my apology not just to be in words, but in actions moving forward.”

On Wednesday, Barnhart tweeted that the Wildcats fan, who is not a season ticket holder, would face consequences for her actions.

“An incident like the one that took place last night at Rupp Arena has no place at the University of Kentucky,” he said. “There will be consequences for this unacceptable behavior and they will be announced once communicated to the offending party.”

Barnhart added, “We also have reached out to the patron who was the victim of this abusive and inexcusable language to apologize personally. That’s not who we are as an athletics department.”