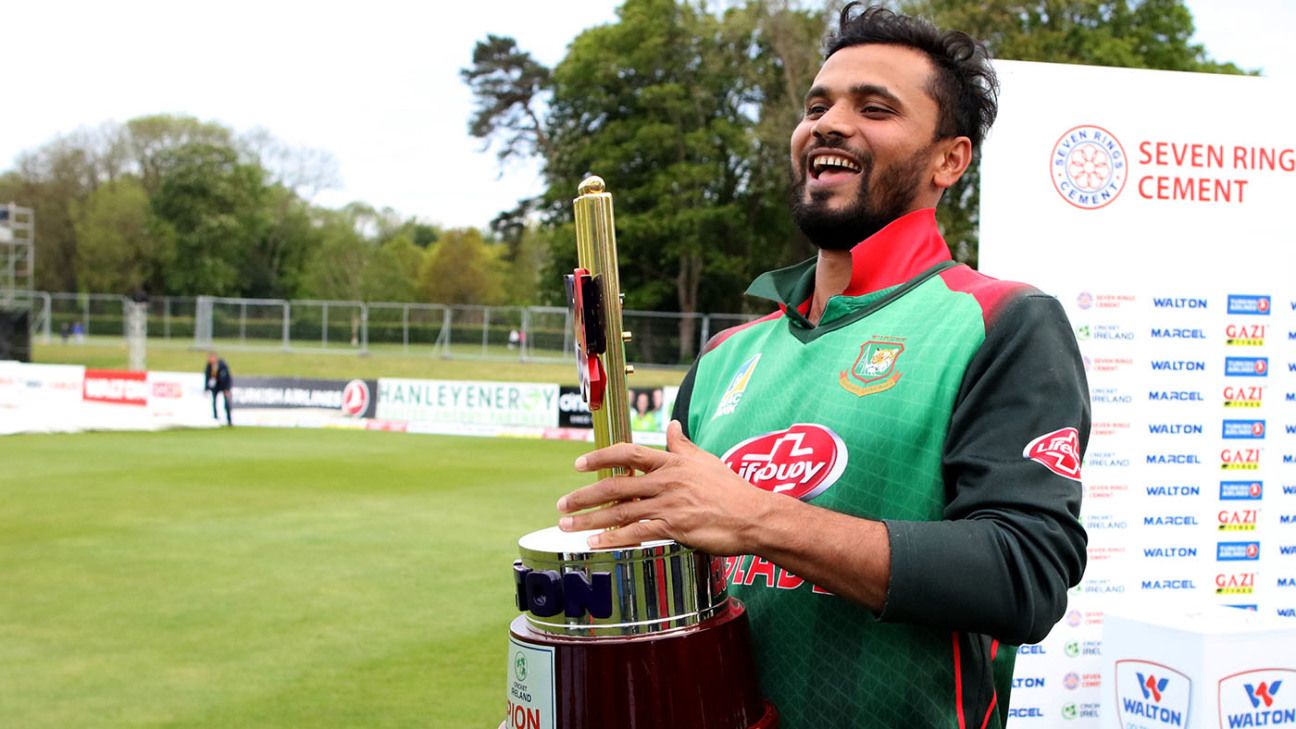 It was all a throwback to 2017. On the morning of a T20I against Sri Lanka, Mashrafe Mortaza had walked up to his team-mates and told them he was going to resign. Then he went out for the toss and made his decision public.

The only thing different about his ODI resignation was that he broke the news in a press conference. Everything else happened in pretty much the same sequence.

“I didn’t think for too long,” Mortaza said. “Everyone on the outside thought it is the right time to bring a new captain keeping the 2023 World Cup in mind. I decided this morning that this is enough. Till yesterday, I hadn’t taken this decision.

Mashrafe was stringent about that last point. “The 2023 World Cup is coming, so we have to plan for it. I think this is the right time for someone to take over. I would hope that they remain strict with their decision, that the captain announced now will be our 2023 captain. It shouldn’t be like the captain gets changed less than a year before the World Cup. It has happened a lot in Bangladesh.”

Mortaza believes one of Mushfiqur Rahim, Mahmudullah or Tamim Iqbal should take over as captain now. He would have mentioned Shakib Al Hasan too, had he not been serving out an ICC suspension.

“It will sound harsh but for a young player, playing for Bangladesh is enough pressure,” he said. “Things have changed. Everyone notices these days; there’s also the media and camera.

“Those who have played for more than ten years, they know how to handle the media. They can take outside pressure. My opinion is that the captaincy should go to someone who has done it before.”

Mortaza said every loss during his time as Bangladesh captain was tough, but the toughest to take was the defeat against India at the World T20 four years ago. “The worst feeling was when we lost to India by one run [in Bangalore]. I felt bad looking at my players that night, as we all sat in the hotel corridor.

“The last World Cup was also challenging. We were in the competition till a certain period, but towards the end was quite tough. Losing a game for Bangladesh is a tough time for a captain.”

Mortaza said he held discussions with BCB president Nazmul Hassan, who had announced on February 19 that the Zimbabwe series would be his last as captain. “I didn’t discuss anything with the coach [Russell Domingo]. He has his own plans, having just arrived six months ago. I spoke to Papon bhai [Hasan], the person who gave me this seat, before coming to Sylhet.”