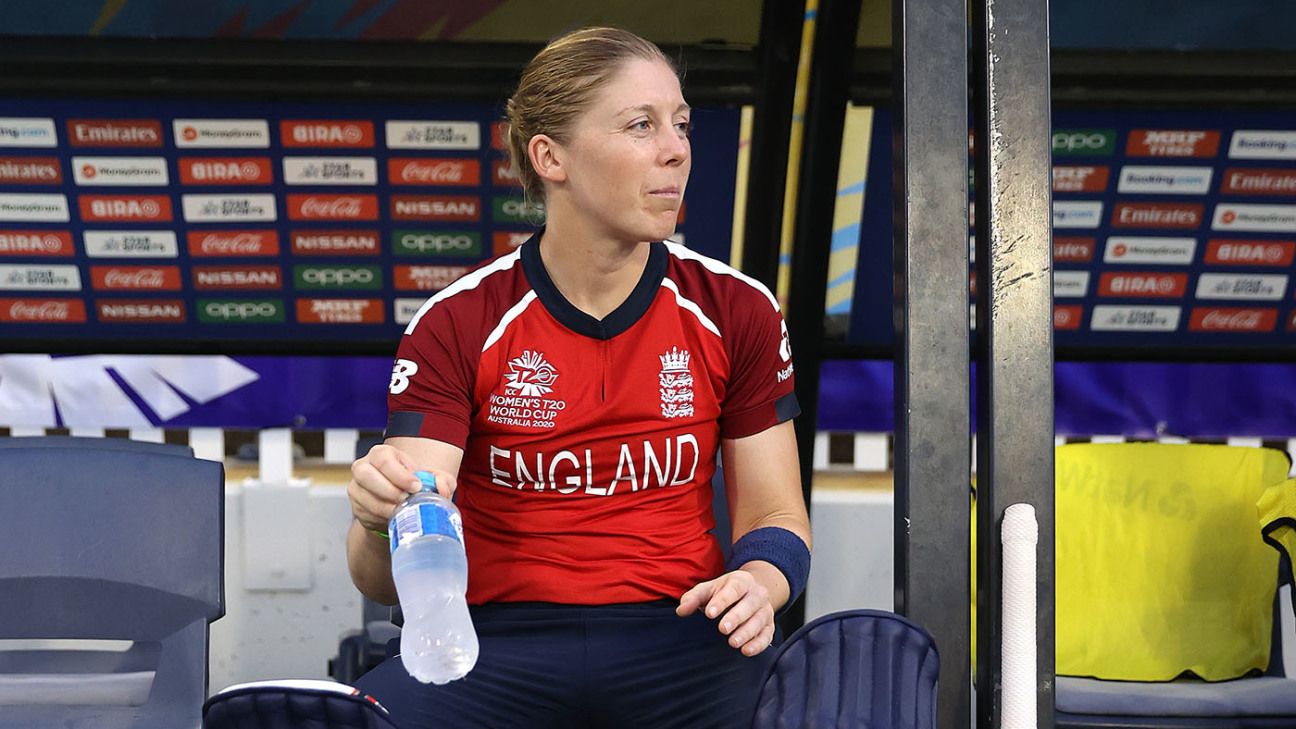 England captain Heather Knight hoped that the semi-final washout which dumped her “gutted” team out of the T20 World Cup would lead to a rule change to ensure there were reserve days for future events.

As had looked likely all day – and for much of yesterday – their semi-final against India was abandoned shortly after 4pm with heavy rain falling at the SCG.

There were glum faces across the England balcony as their tournament was brought to a close without them having to take the field. Their opening-games loss against South Africa ultimately proved vital as they finished second in the group.

“They’re the rules that everyone signed up to,” Knight said of the absence of a reserve day. “You’d hope now that there has been this situation and the game tonight is potentially going to be rained off as well, so you’d hope now there is going to be a rule change and moving forward, no other team will have to experience going out of a World Cup purely because of rain. Hopefully it changes.

“It’s gutting. you put in a lot of hard work. There’s not a lot we can do about it..we’re just going to have to rue that first game and try to move on but it’s going to be a bitter pill to swallow for a few of us now.”

England had arrived at the ground in hope more than expectation with the forecast which had been lined up since early this week come to fruition as one of the biggest days for women’s cricket (until Sunday at the MCG) headed for a damp squib.

While distraught on a personal level, Knight believed the tournament has provided a new benchmark for the women’s game.

“It’s sad for the tournament. You’ve got four really good teams competing, hoping to play some really good cricket. That’s taken away from us but I’m sure the final will be a great event. It’ll be great day and game for the sport. I’ll be there as a fan. It has been a brilliant tournament, which has made it even more of a shame that we lost today.

“Today is disappointing but it won’t take too much shine off where the sport has gone and you see if the money is put into publicising it that people do want to come and watch.”