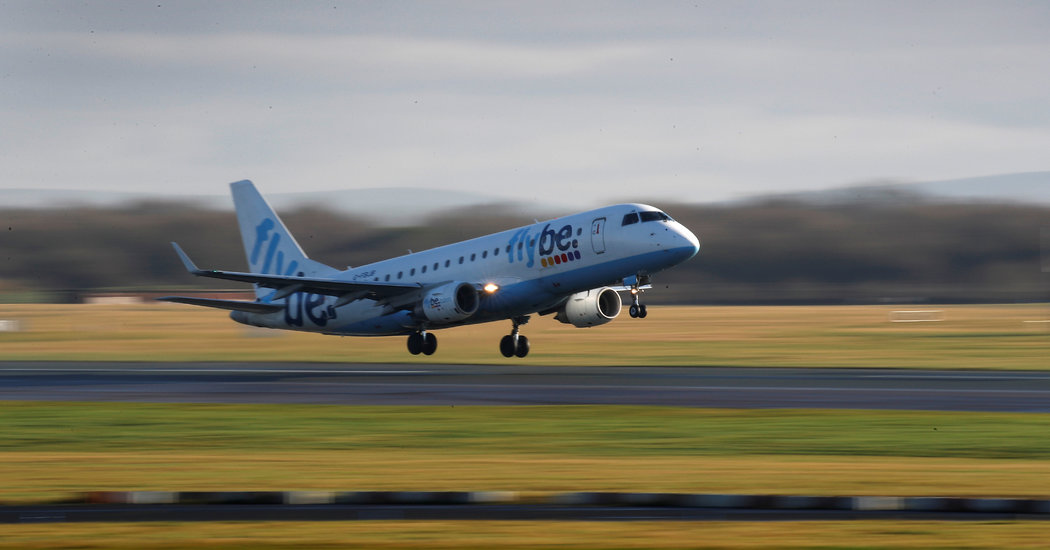 Flybe, a regional carrier that had flown to some of the more underserved corners of Britain as well as holiday destinations, has ceased operations.

In a notice on its website dated Thursday, Flybe said all its flights had been grounded and that it would not be able to make other arrangements for its passengers. It said the company had been placed in administration, and it directed questions to Ernst & Young, the auditing firm.

“This is a sad day for U.K. aviation and we know that Flybe’s decision to stop trading will be very distressing for all of its employees and customers,” said Richard Moriarty, chief executive of Britain’s Civil Aviation Authority, in a separate statement from the British regulator.

The travel industry in general has been hit hard by the global coronavirus outbreak, which has led airlines big and small to cut flights as tourists stay home.

But the carrier faced other pressures too, including intense competition with other budget airlines. It was also hit by the uncertainty in the years leading up to Britain’s departure from the European Union, which was formally completed more than a month ago. That process, known as Brexit, was widely considered to be a factor in last year’s collapse of Thomas Cook, the British travel agency.

Flybe had been in discussion with British government officials about a rescue.

In January, concerned that Flybe’s demise would reduce airline service to some corners of the country, Sajid Javid, then chancellor of the Exchequer, said the government would take new measures to support connectivity across Britain.

“I welcome Flybe’s confirmation that they will continue to operate as normal, safeguarding jobs in U.K. and ensuring flights continue to serve communities across the whole of the U.K.,” he said in a statement at the time. Mr. Javid quit the post a month later.