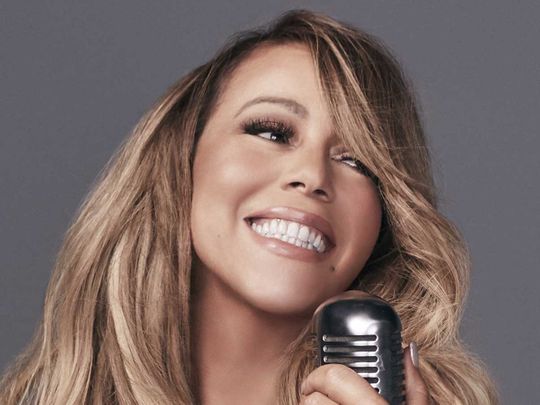 As the world reels to curb the spread of the coronavirus, major entertainment events around the world have been postponed or cancelled. Here’s a look at all the big ones that are not coming to a concert arena or a screen near you.

British grime star Stormzy has cancelled a March 28 date in Hong Kong and a March 29 show in Seoul, followed by a tour in Japan as well in light of the coronavirus scare.

The rockers have postponed concerts in Thailand, the Philippines, South Korea, and Japan.

“We have unfortunately made the difficult decision to postpone our upcoming shows in Asia due to the health + travel concerns with coronavirus,” the ‘American Idiot’ band tweeted. “We know it sucks, as we were looking forward to seeing you all, but hold on to your tickets we’ll be announcing the new dates very soon.”

New Order put off shows with Pet Shop Boys on March 3-4 in Tokyo and March 6 in Osaka, Japan.

“With the ongoing Coronavirus outbreak, we are concerned about the potential quarantine we may face affecting further shows and appearances,” New Order tweeted at the time. “We would also hate to risk our fan’s health or the risk of spreading the virus on our return. We promise we will be back as soon as we can.”

R‘n’B singer Khalid made the decision earlier than most when he postponed the entire Asian leg of his tour, which was to have hit Bangkok, Singapore, Jakarta, Manila, Kuala Lumpur, Tokyo, Seoul, Mumbai and Bengaluru between March 24 and April 14.

As countries set up travel restrictions to curb the spread of the coronavirus continues to spread, Mariah Carey is the latest artist to postpone her March 10 show in Honolulu, Hawaii.

Uploading a throwback image from her previous concert in the island state, she posted a message on Instagram, apologizing for the cancellation. “Aloha Hawaii!! I’m so so sad to have to announce that I’m postponing my show to November. I was so excited to come back to Hawaii on my “anniversary month” but evolving international travel restrictions force us to consider everyone’s safety and well being. With that said, I am SUPER excited to be coming to Honolulu in November and perform my special All I Want for Christmas Is You & Hits extravaganza for the first time ever in Hawaii! I can’t wait to see you! Stay safe!!”

Things got ‘Complicated’ for Avril Lavigne’s Asia tour as she cancelled her concerts in Japan, China and the Philippines. “I am so sad to announce that we are unable to tour the Asian markets due to the continuous outbreak of the coronavirus. My band, crew and I have been working so hard to bring this tour worldwide and are completely bummed out. Please everybody take care of yourselves and stay healthy. You’re in my thoughts and prayers and we are hoping to announce rescheduled shows soon,” Lavigne posted on Instagram earlier this month.

The 2020 Ultra Music Festival has been postponed, with Miami Mayor Francis Suarez and Commissioner Joe Carollo telling reporters they wanted to postpone the event due to concerns over the spread of novel coronavirus, or Covid-19.

No Time to Die release pushed

Days after a fan petition started to circulate, requesting the makers of the new James Bond film to postpone the release, on March 4, all the players put out a statement saying the spy thriller would be pushed by seven months.

“MGM, Universal and Bond producers, Michael G. Wilson and Barbara Broccoli, announced today that after careful consideration and thorough evaluation of the global theatrical marketplace, the release of ‘No Time to Die’ will be postponed until November 2020,” a tweet by the James Bond official handle read, adding: “The film will be released in the UK on November 12, 2020 with worldwide release dates to follow, including the US launch on November 25, 2020.”

We are awaiting the UAE release date.

The Red Sea International Film Festival was set to kick off on March 12-21 in Al-Balad, Historic Jeddah has been postponed, organisers have confirmed. American filmmakers Oliver Stone and Spike Lee were two of the announced celebrity guests.

“To ensure the health and safety of our guests, audience and staff, we regret to inform you that we have had to make the difficult decision to postpone the opening edition of the Red Sea International Film Festival, as per the advice of local health authorities, as well as the information that is available to us,” wrote the organisers.

Disney Plus has scrapped its two-day European press launch in London in light of the Covid-19 restrictions. The Disney Plus launch events were scheduled to take place over two days on Thursday and Friday, ahead of the launch of the service on March 24 in the region.

Disney said it will instead organise a Disney Plus executive press briefing via webcast for next week.

Looks like even the Man of Steel will have to hang up his cape for this one. According to multiple reports, the New York premiere of the animated film ‘Superman: Red Son’ has been cancelled by Warner Bros as neighbouring New Jersey also reports its first coronavirus case.

The filming of Paramount Pictures’ ‘Mission: Impossible 7’, scheduled to take place in Venice, Italy, was halted after parts of the country went into lockdown to stem a spike in coronavirus cases. The movie, starring Tom Cruise, was supposed to shoot in Venice for three weeks starting February 20, but production has been suspended out of an abundance of caution, according to Paramount, a division of ViacomCBS Inc.

The company also pushed back the release date of its ‘Sonic the Hedgehog’ film in China indefinitely over fears of the virus.

The future of the South by South West (SXSW) 2020 Festival remains uncertain as Apple becomes the latest name to pull out from the annual event, as concerns heighten over the spread of the coronavirus (COVID-19), Variety has confirmed.

The tech giant had been set to premiere three new Apple TV Plus originals at the festival, including Spike Jonze’s documentary film ‘Beastie Boys Story’, and also was scheduled to host a discussion of Apple’s ‘Little America’ with docuseries creators Kumail Nanjiani and Emily V Gordon.

Organisers of SXSW continue to say the annual music, technology and entertainment festival in Austin, Texas, is still on for March 13-22.

Malayalam actor Tovino Thomas, who was scheduled to promote his new thriller ‘Forensic’ on March 7 in Dubai, has called off his UAE outing following the coronavirus outbreak.

“The decision was taken keeping in mind the public health interest, owing to the coronavirus scare,” said the local distributors Golden Cinemas in a statement.

The annual Taste of Dubai, scheduled to take place from March 12 to 14, has been postponed in light of the safety measures in place following the coronavirus outbreak that has affected more than 1,600 people in the Middle East.

Organisers have confirmed the event is not going ahead as planned this month, but will now be held in December.

“Due to the continued global developments regarding the COVID-19 (coronavirus) and following precautionary measures being implemented by the UAE government, this year’s Taste of Dubai 2020 at Dubai Media City Amphitheatre has been postponed from March 12-14, and will be extended for an additional day and take place December 9–12, 2020,” the statement read.

The annual Aks Color Carnival holi event has been cancelled in light of the cornovirus outbreak that has affected more than 1,100 people in the Middle East.

The event, celebrating the Hindu festival of colours, was set to take place in Dubai Sports City on March 6, has been called off in the interest of public health safety, organisers have stated.

“Due to circumstances outside of our control and our moral obligation towards the well-being of our guests, their families and in particular our excited little young ones, we are compelled to announce this year’s edition of the carnival cancelled,” the organisers said in a statement.

Looks like UAE fans of Liam Gallagher will have to wait a little while longer to catch the singer live in concert in Abu Dhabi, which was scheduled as part of the Club Social 2020 weekend, also featuring Kaiser Chiefs and Clean Bandit.

The event was to be held between March 12 and 14 at Yas Links, Yas Island.

“Out of concern for the health and well-being of our attendees, Club Social 2020 has been postponed until further notice,” organisers said in a statement, while confirming the event will now take place at a later date.

The annual global art fair scheduled to take place on March 25 to 28, has been postponed. They have announced plans for new Dubai-focused programme in its place.

“In consideration of the on-going global health implications of the Coronavirus and having consulted with our partners and stakeholders, Art Dubai today announces that the 14th edition of the international art fair, scheduled for 25 – 28th March 2020, will be postponed,” the statement read.

Dubai’s Coca-Cola Arena was gearing up to host a K-Pop extravaganza on the weekend of March 20-21, however the concert on March 21 has been indefinitely postponed. The Saturday concert ‘Music Bank in Dubai’ will be moved, however the event on March 20 has not been cancelled.

As part of KBS Music Bank’s annual concert world tour, the early-awaited show was set to feature a star-studded line up of performers that included Twice, Seventeen, EXO’s Baekhyun, Monsta X, and Jus2.

“In light of the global developments around the COVID-19 virus, and the increasing number of infections confirmed in South Korea, Makestar and the Korea Broadcasting System (KBS), have taken the prudent decision to postpone ‘Music Bank in Dubai’ scheduled for March 21 at the Coca-Cola Arena. This is to ensure an uncompromisingly high standard of experience for all and to secure the best talents to perform for the large fan base across the region,” a statement read.