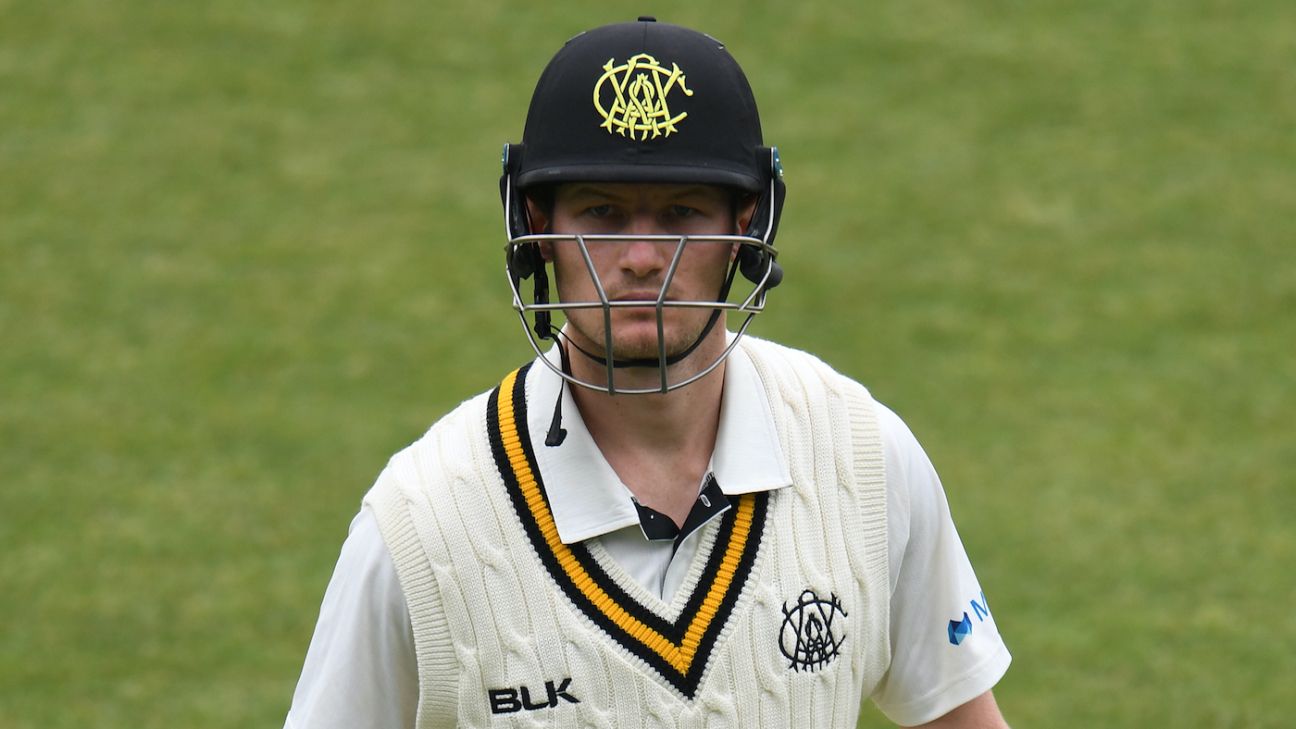 Cameron Bancroft has been dropped from Western Australia’s Sheffield Shield side to face Queensland after a horror run of form this summer.

He will make way at the top of the order with Sam Whiteman likely to move up to open alongside Jake Carder to create room for the return of Marcus Stoinis from injury and Josh Inglis from Australia A duty for WA’s must-win clash at the WACA starting on Friday.

It is an extraordinary fall in form for Bancroft having started the Ashes series in August as Australia’s Test opener alongside David Warner in the pair’s first Test back since the ball-tampering bans. He was axed after two Tests in England following scores of 8, 7, 13 and 16, and replaced by Marcus Harris.

Bancroft began the home summer with a run of dismissals in Shield cricket where he was bizarrely and repeatedly caught at leg gully with several teams setting leg-side traps. He was initially not selected for Australia A’s tour match against Pakistan in November but despite his dismissals was called in to replace Nic Maddinson who withdrew due to mental health issues.

Bancroft top-scored with 49 as Australia A were skittled by Pakistan and was strangely added to Australia’s first Test squad of the summer but was overlooked for selection with Joe Burns getting the nod.

Bancroft’s white-ball form has been steady across the summer despite his lean red-ball form. He scored three half-centuries during WA’s Marsh Cup 50-over campaign prior to the BBL season to help them win the title. He also scored two half-centuries batting in the middle order for the Perth Scorchers during the BBL.

But upon return to Shield cricket, he scored 25 off 155 balls against South Australia, before adding 19, 12, and 0 in his next three innings. He also missed out in two second XI innings against Queensland prior to the South Australia match.

Bancroft has been working diligently with WA-based batting coach and former first-class player Bob Meuleman on his technique. Meuleman has long been regarded as one of WA’s best technical coaches, having worked with Justin Langer, Adam Gilchrist, Marcus North and Adam Voges during their international careers.

Voges is Bancroft’s current WA coach and a former teammate. He made the call to drop Bancroft from the WA side but backed him to come good.

“Cameron Bancroft is a quality player, ultimately he hasn’t been at his best this season which sees him miss this match,” Voges said. “We are looking forward to seeing him bounce back.”

Matt Renshaw, who replaced Bancroft as the Test opener for Australia after the ball-tampering scandal in Cape Town, having lost his place to Bancroft for the 2017-18 Ashes, is also out of Queensland’s Shield team at the moment and subsequently took a short break from the game.

Renshaw returned to Queensland grade cricket last Saturday for his club side Toombul, scoring 42 against Valley. But he has not been selected in the Bulls squad to travel west to WA.