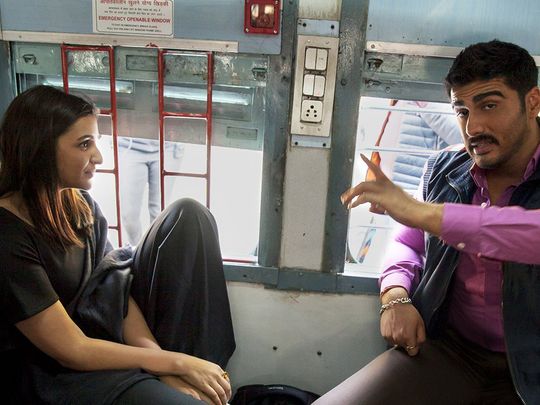 A day after sharing character posters of the flick, makers of suspense thriller ‘Sandeep Aur Pinky Faraar’ on Wednesday dropped the intriguing trailer of the film.

The nail-biting thriller features the ‘Ishaqzaade’ duo of Arjun Kapoor and Parineeti Chopra in the lead. While Kapoor plays an undercover cop in the film, Chopra will be essaying the role of a corporate employee who is absconding.

The trailer begins with Chopra (Sandeep Kaur) asking Kapoor (Pinky Dahiya) to help her leave Delhi while the latter is disguised as a taxi driver.

As the trailer proceeds further, the duo is seen living in one of India’s hilly towns, trying to cross the borders.

The story revolves around the love-hate relationship between the lead duo and the trailer ends with Kapoor almost trying to kill Chopra.

‘Sandeep Aur Pinky Faraar’ is being helmed by Dibakar Banerjee and is produced by Aditya Chopra.

The film is slated to hit theatres on March 20.