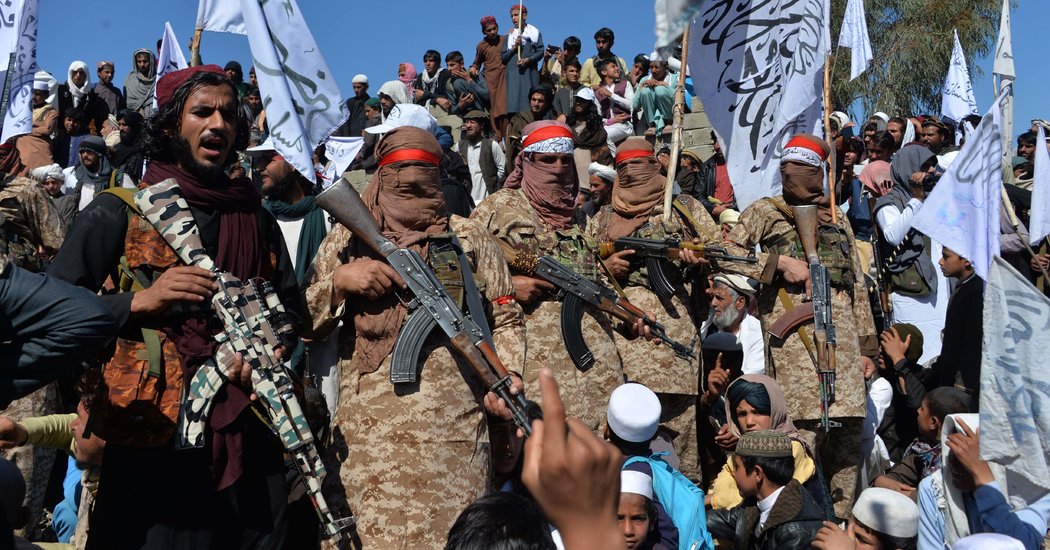 KABUL, Afghanistan — The Taliban have resumed attacks against Afghan forces soon after signing a deal to end their war with the U.S. military, raising concerns that the Americans are leaving their Afghan allies vulnerable to an insurgency unwilling to let go of violence as its main leverage.

The Taliban have carried out at least 76 attacks across 24 Afghan provinces since Saturday, when they finalized an agreement for a troop withdrawal by the United States, a spokesman for Afghanistan’s national security council said. And on Wednesday, the United States conducted its first airstrike against the insurgents after an 11-day lull.

A senior Afghan security official, speaking on the condition of anonymity, said Afghan forces had still not resumed their offensive special operations, but were remaining on active defense — only targeting Taliban units that were advancing on their outposts.

The deadliest of the dozens of assaults so far were on the outskirts of Kunduz in the north in the early hours of Wednesday. The Taliban’s elite Red Unit stormed Afghan Army outposts there from several directions, killing at least 15 Afghan soldiers, according to Lt. Col. Mashuq Kohistani, the commander of the Afghan Army battalion in the area.

“We were newly establishing the base, and our soldiers did not have proper trenches to protect themselves,” Colonel Kohistani said. “The Taliban killed 15 soldiers, one was wounded, and just two soldiers could escape alive.”

Colonel Kohistani said he had arrived at the scene to pick up the bodies in the morning, and had found that many of the soldiers had been shot in the head, most likely by sniper fire.

The Kunduz attack came just hours after President Trump spoke on the phone with Mullah Abdul Ghani Baradar, the Taliban’s deputy leader, who negotiated and signed the agreement with the Americans.

Afghan officials have long been concerned that, without some sort of binding cease-fire, the United States’ eagerness to leave Afghanistan might make them vulnerable in future talks with the Taliban.

The wording of the U.S. deal leaves that topic to planned-for direct talks between the Afghan government and the Taliban, with few assurances that the insurgency will negotiate in good faith.

“The fact that the Taliban now have an agreement with the United States, there is no reason left for the Taliban to continue their violence — their own self-proclaimed so-called legitimacy is also gone,” Hamdullah Mohib, Afghanistan’s national security adviser, said in an interview with PBS.

As a confidence-building measure, the United States conditioned the finalizing of the deal on a week of reduced violence in the days leading up to the signing. The violence levels dropped to the lowest in years. American officials gave the impression that such a reduction would continue after the signing.

But the insurgents said this week that with the seven-day period over, their operations would continue against Afghan forces.

With so much ambiguity, only the United States seems to know what level of violence it agreed to as acceptable before direct talks can begin between the Afghan government and the Taliban. A joint U.S.-Taliban monitoring cell has been set up in Doha, Qatar, to assess progress on their commitments.

“The United States has been very clear about our expectations — the violence must remain low,” Gen. Austin S. Miller, the commander of U.S. and NATO forces in Afghanistan, said in a Twitter message posted by his spokesman.

General Miller provided no details on what “low” means. However, on a visit with Afghan forces on Tuesday, he reiterated that the United States would continue to send air support when Afghan forces under attack need it. “We will continue to defend the Afghan security forces,” he said, as quoted by the Afghan channel ToloNews.

“Taliban leadership promised the international community they would reduce violence and not increase attacks,” Col. Sonny Leggett, a spokesman for the U.S. military command in Afghanistan, said in a statement. “We call on the Taliban to stop needless attacks and uphold their commitments. As we have demonstrated, we will defend our partners when required.”

Nadir Naim, a member of the Afghan high peace council, said there was a fear of the “repeat of the Soviet withdrawal aftermath,” when guerrilla forces continued to attack the Afghan government after Soviet soldiers began withdrawing, driving the country into a bloody anarchy.

“The unpredictability of Afghanistan’s future is a cause of great concern right now,” Mr. Naim said.