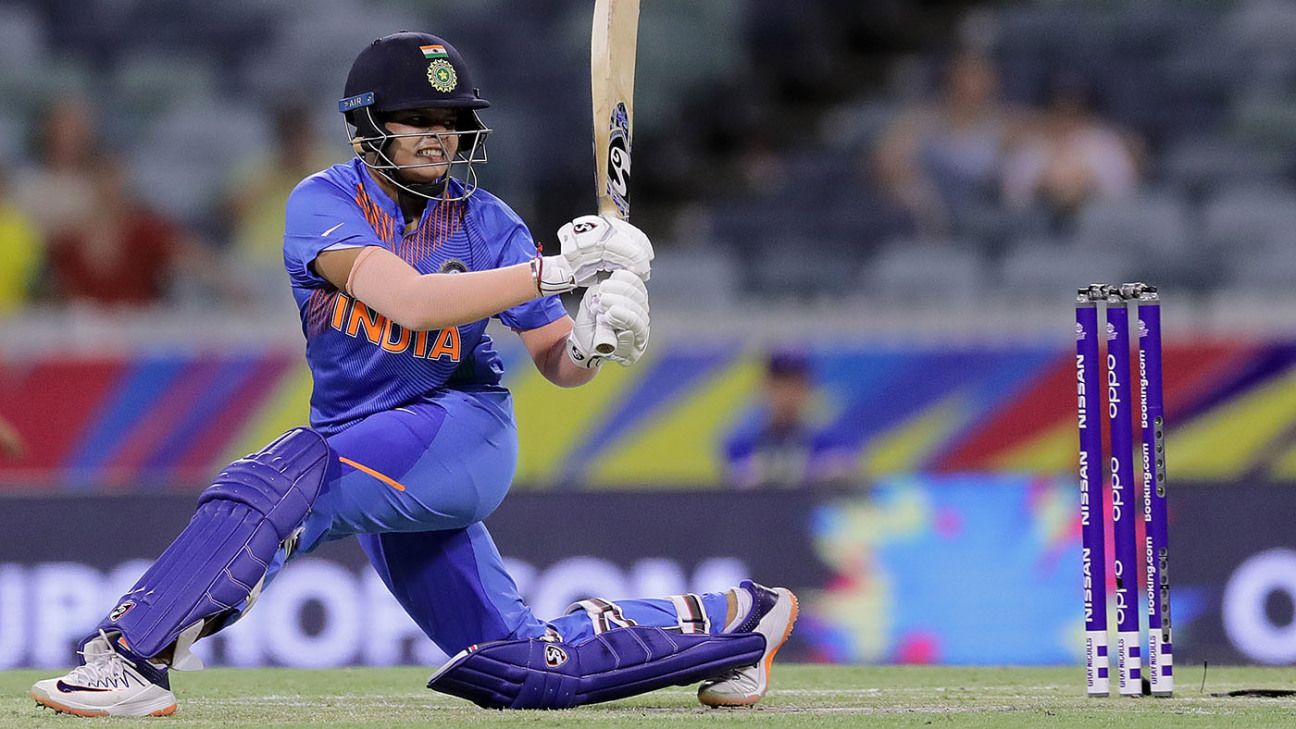 Shafali Verma‘s sparkling batting at the top of the order for India has seen her vault 19 places to be the No.1 ranked batter in the world in T20Is. India have marched into the semi-finals of the Women’s T20 World Cup, progressing unbeaten through Group A, with Shafali playing a central role.

Only 16 years old, Verma has dethroned Suzie Bates from the top spot, with the New Zealand batter having been ranked No. 1 since October 2018. She is only the second Indian women, after Mithali Raj, to top the T20I rankings.

She has hit 29 off 15 against Australia, 39 off 17 against Bangladesh, 46 off 34 against New Zealand, and 47 off 34 against Sri Lanka. She is the third highest run-getter in the tournament ahead of the knockouts, and has by far the highest strike rate of any batter (minimum 10 runs).

Sophie Ecclestone meanwhile, has jumped to the top of the bowlers’ rankings, having gained two spots through her consistent showing in the T20 World Cup for England. Eccelestone is the second-highest wicket-taker so far, with eight wickets in four matches, but her average of 6.12 and economy rate of 3.23 mark the left-arm spinner out as the best bowler in the tournament so far.

England too have made it to the semi-finals of the T20 World Cup, along with India, Australia and South Africa. Eccelstone and Verma will go up against each other in the first semi-final on March 5.