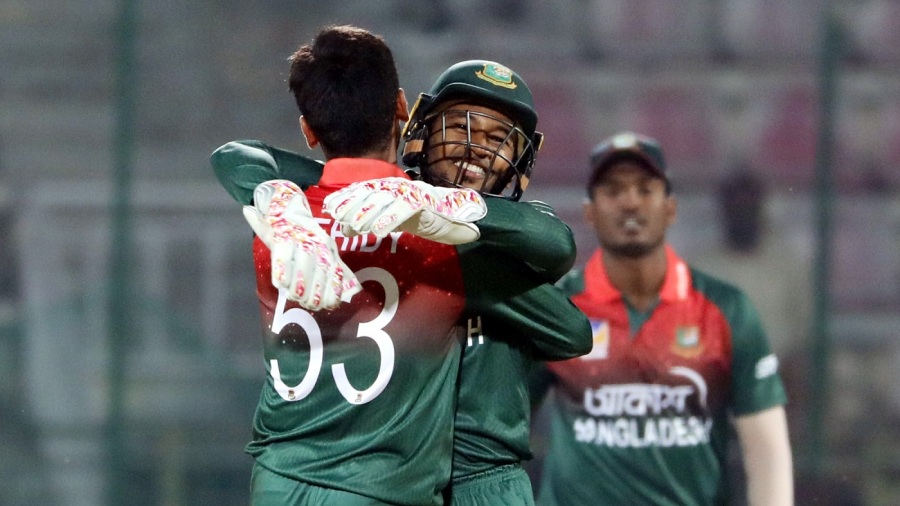 Mushfiqur Rahim, the only Bangladesh player to have opted against travelling to Pakistan, will not be considered for the third, and final, ODI against Zimbabwe on Friday as the team wants to prepare for the one-off ODI against Pakistan in Karachi early next month, chief selector Minhajul Abedin has said.

“Mushfiqur will not be playing as we want to see one of the youngsters in this game, before they are picked for the Pakistan ODI next month. We don’t want to hand them a debut there,” Minhajul said, confirming that there wouldn’t be any changes to the existing squad for the last game of the series.

The senior wicketkeeper-batsman, who didn’t make the journey for the first two legs of the three-part tour stressed last week that he would not change his mind on the matter despite BCB president Nazmul Hassan’s tough stance against him, where he said that Mushfiqur was “contract-bound” to tour with the rest of the team.

Minhajul said that the BCB had met Mushfiqur over the weekend for discussions and that Mushfiqur hadn’t budged.

“We saw in separate newspapers that he may go and then he may not go. So we asked him to tell us directly, and he has let us know,” Minhajul said.

Hassan, who had stated before announcing the tour dates in January that every player had the right to choose whether he wanted to tour Pakistan or not, made a U-turn after Bangladesh’s win over Zimbabwe in the one-off Test match – where Mushfiqur scored an unbeaten 203 – expressing his dismay at Mushfiqur’s decision.

“We are expecting that he would go. Not only him, but every contracted player should go,” he had said. “Players have to think about the country, and not just themselves. This is what I personally feel. The country comes before everything else.

“Everyone should keep it in mind. We will remind them that the contracted players must play as they are told, when selected. It never occurred to me that one has to tell them this, too.”