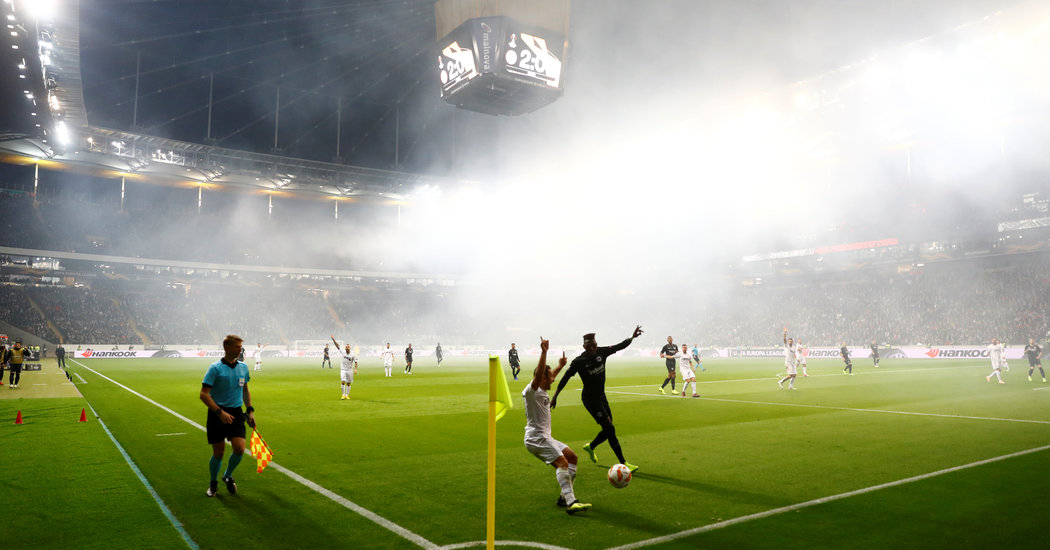 The luxury homes on a Spanish island and the gleaming yachts moored in Mediterranean ports were all trappings of a life well-lived.

They were also, according to the Spanish authorities, the fruits of a multimillion-dollar money laundering and tax-evasion operation controlled by one of world soccer’s most powerful soccer agents, which last month resulted in criminal indictments against the agent, Abdilgafar Fali Ramadani, and several of his associates.

According to the authorities, Ramadani was at the center of the scheme in which a group of agents connected to him were able to exploit lax regulations and hide millions of dollars in commissions by moving athletes through several so-called “ghost” clubs in Belgium, Serbia and Cyprus. By doing so, the authorities said, the agents avoided paying taxes on the payments they received for brokering the deals.

Reached by telephone, Ramadani declined to comment on the charges. His Berlin-based agency, Lian Sports, has grown to represent some of soccer’s most sought-after players.

Like dozens of other investigations that have roiled European sports in recent years, leading to high-profile tax cases against players like Lionel Messi and Cristiano Ronaldo and financial examinations of clubs like Paris St.-Germain and Manchester City, the Ramadani case, named Operation Lanigan, stemmed from a leak of documents — the so-called Football Leaks files — that have shined a light on soccer’s business, and on a murky player-trading industry that is worth more than $7 billion annually.

When Football Leaks hacked documents related Ramadani and then leaked them to news media outlets or published them online, Spanish prosecutors got a window into the operation, and a road map to the agents who profited from it.

“They got information from Football Leaks and then decided to start the case with special prosecutor’s office responsible for organized crime and anti-corruption,” Borja Pastor de la Morena, an official at Europol, an organization that coordinates Pan-European investigations, said in a telephone interview.

The investigation’s main findings, Morena said, were the agents’ use of intermediary clubs in second- and third-tier European leagues as waystations in player trades. One teenage player bought by a Cypriot team for just over $2 million, for example, was sold six days later for more than triple the price. Another was on the same club’s books for only eight days.

In many cases, Morena said, “the players who are involved in the transfers did not need to set foot in the intermediary club.”

The indictments, and the details of the case, come at a delicate moment for the sport’s biggest agents. In recent months, the agents — often professional rivals — have joined forces in efforts to reject plans by soccer’s governing body, FIFA, to tame their industry by capping commissions and introducing stringent licensing regulations and compulsory examinations.

The investigation, according to Morena, also suggested close links between a handful of top agents.

Ramadani, for example, was not the only agent to profit from moving players through the Cypriot team Apollon Limassol. The team turned over documents related to player transfers to Cypriot authorities and to FIFA, according to a person familiar with the investigation. One of Ramadani’s most important clients, Real Madrid’s Serbian striker Luca Jovic, was among those whose transfer history includes a brief stopover with Appollon.

After the ghost transfers were made, the Spanish authorities said, the agents and their partners are accused of using a sophisticated network of companies to acquire assets while hiding their ownership. At least €10 million (about $11.1 million) found it way into Spain through the purchase of assets including real estate on the island of Mallorca and several yachts.

Events in Portugal this week suggested the Football Leaks evidence could yet yield further charges, and implicate other significant figures in soccer. In Portugal, the authorities on Wednesday raided the offices and homes of some of country’s biggest soccer teams, as well as some belonging to Gestifute, perhaps the most influential soccer agency in the world. Gestifute is run by Jorge Mendes, whose clients include the Juventus striker Cristiano Ronaldo and Tottenham Hotspur’s manager, José Mourinho.

A statement by the Portuguese attorney general’s office said nearly 300 tax inspectors and police personnel were involved in more than 70 raids linked to an operation nicknamed Offside. Portugal’s two biggest teams, Porto and Benfica, confirmed they were cooperating with authorities.

Following the raids, Portuguese authorities said they had identified 47 suspects, a group, they said, that includes soccer players, agents, lawyers as well as sporting directors, officials at soccer clubs responsible for trading activities.

Until now, the authorities in Portugal have been reluctant to act on evidence from Football Leaks, a trove of data that had been illicitly secured by a 31-year-old Portuguese citizen, Rui Pinto. Pinto had evaded justice for years, hiding in Budapest until his capture on a Portuguese arrest warrant last year led to his extradition.

Pinto has been kept in preventive custody in a Lisbon jail for more than a year. He is expected to stand trial this summer on more than 90 counts, the most serious of which is tied to accusations that he made an extortion attempt on a soccer agency.