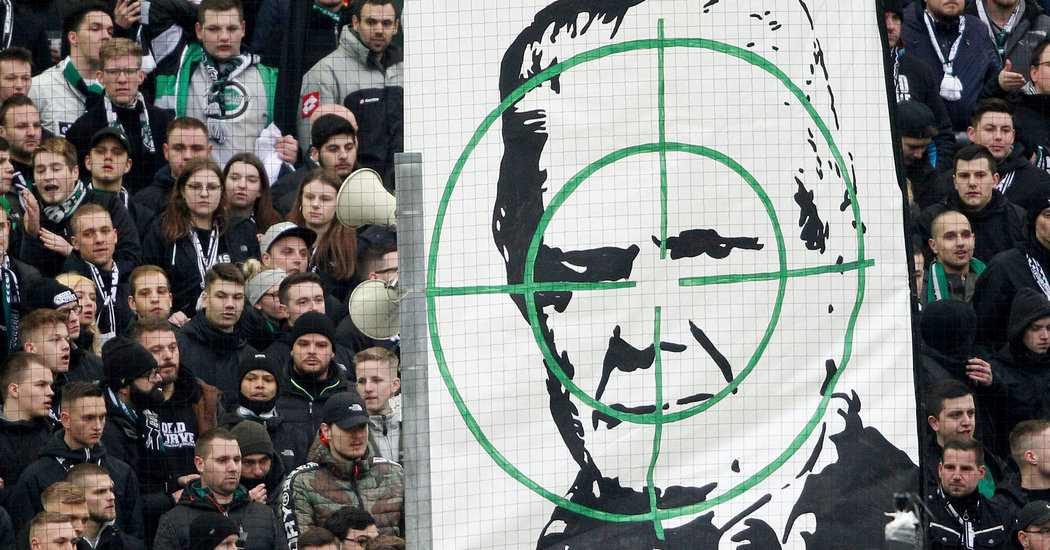 Now, fans are represented by several umbrella organizations that help them to act in unison — including the Fan Projects, of which Gabriel is a part, and Unsere Kurve (Our Curves) — and they use that voice on any and all issues that they feel threaten the culture they have worked to foster: kickoff times are set to accommodate television, how fans — regardless of club colors — are treated, how games are policed.

Perhaps the subject that brings them together most, though — and the one that makes people like Hopp, or clubs like Red Bull-financed RB Leipzig, so broadly unpopular — is the 50+1 rule itself. It is the defining characteristic of German soccer, and the mechanism that gives fans in the country their power.

“This is something we already have, and people want to protect it,” said Robin Krakau, a fan of Hannover and one of the leaders of the club’s ProVerein1896 movement. It was formed to ensure Hannover did not become one of the few permitted exceptions to the 50+1 rule (both Bayer Leverkusen and Wolfsburg are, officially, “works” teams, and with their longtime corporate benefactors have different ownership structures).

For years, Hannover’s longstanding president, Martin Kind, had been lobbying to be allowed to take full control of the club, even going so far as to threaten to test the legality of the 50+1 rule in the European Court. Krakau and others set up their group to ensure that did not happen, and that fans remained in control. They protested in the stadium. They demonstrated on the city’s streets. And they lobbied the D.F.B.

“If you give away a club to a private owner, you do not know what happens in the future. If regulations change, maybe they sell it. Who do they sell it to? For active fans, that is not worth the risk. Money can be a reason for success, but there is not a 100 percent correlation. And if you are dependent on one person, one company, and they leave, what happens then?”

Not all of Hannover’s fans appreciated the protests — “after a while, a lot of people just want to watch football,” Krakau said. But in March 2018, a petition expressing support for 50+1, signed by some 3,000 fan groups, was handed to the D.F.B.