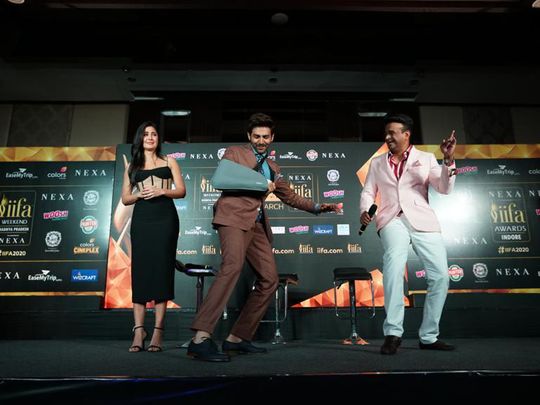 Ranveer Singh’s blockbuster ‘Gully Boy’, about a rap who emerges as a top musician from the Mumbai slums, has bagged 14 nominations at the International Indian Film Academy Awards. Shahid Kapoor’s toxic love story Kabir Singh and Ayushmann Khurrana-starrer ‘Article 15’ has bagged 7 nominations each.

Actress Taapsee Pannu has been nominated in the Best Actress category for her role in Badla and she competes with Kareena Kapoor Khan for ‘Good Newwz, Alia Bhatt for ‘Gully Boy’, Vidya Balan for ‘Mission Mangal’ and Priyanka Chopra Jonas for ‘The Sky Is Pink’.

Nominess for the Best Actor in a Leading Role are Ayushmann Khurrana for ‘Article 15’, Ranveer Singh for ‘Gully Boy’, Shahid Kapoor for ‘Kabir Singh’, Hrithik Roshan for ‘Super 30’ and Vicky Kaushal for ‘Uri: The Surgical Strike’.

The IIFA weekend is popular for its perfomances too.