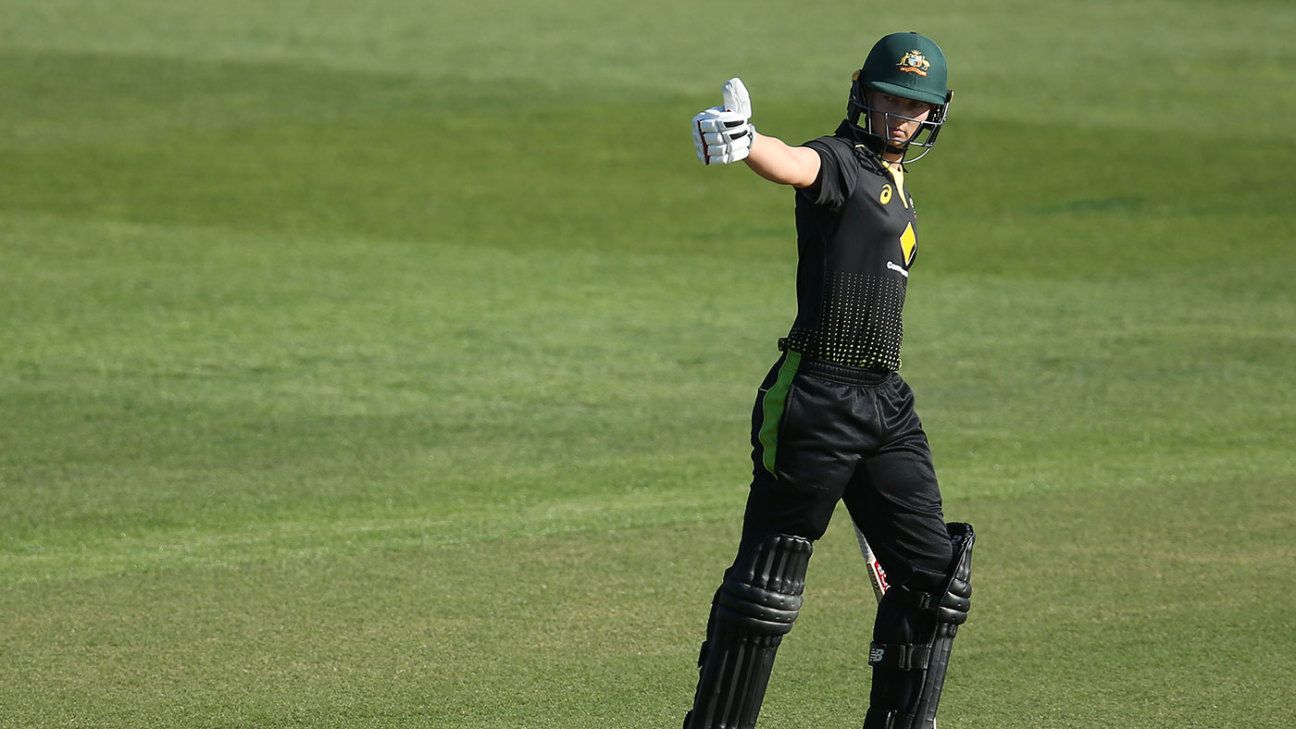 Note: South Africa are monitoring the health of Marizanne Kapp, who has been struggling with a respiratory-tract infection, so maybe put her in your team only after the toss. We might not be able to tip you off about late injury (or other relevant) updates.

Healy is key if Australia want to make yet another T20 World Cup final. She has the best strike (158.68) among all batters who have scored 200 or more runs in women’s T20Is since 2019. If she gets going, there’s nobody who can get you as many points as she can. And we are backing her to do so.

The South Africa captain started the tournament with a 46 and a 2 for 20 against England. Her batting form has dipped since then, but you would expect the experienced van Niekerk to deliver in the big game. Her bowling form has continued to be good. Since that first game, she has picked up two wickets in two games and has been economical – overall her economy rate in the tournament so far is 4.54.

Marizanne Kapp: Opening the bowling for South Africa and batting at No. 3, she is probably the most important player in the line-up. She picked up 4 for 16 in the warm-up game against Australia, so she will come in with confidence. Even with the bat, she has scored 69 runs in the two innings she has played so far in the tournament.

Shabnim Ismail: Ismail is the spearhead of the SA attack and Niekerk will turn to her every time she is looking for a wicket. She has a terrific record against the Aussies as well, picking up 9 wickets in just 4 games at a SR of 9. The pacer has picked up 5 wickets in the tournament at an economy of 4.56 and a SR of 13.4 and is a must-have.

Laura Wolvaardt: Wolvaardt has played only one innings in the tournament so far and that was an unbeaten 53 off 36. She usually opens the batting in ODIs but has been given the role of a middle-order batter in the T20I format. She must be high on confidence and should surely make it to your XI.

Georgia Wareham: Legspinners have always done well in the format and she is no exception. Wareham has an economy of 5.7 and a strike rate of 14.1 in the format. In the absence of Perry, she will have to step up just as she did against New Zealand with a 3 for 17.

Rachael Haynes: Haynes, too, is someone you cannot leave out of your XI in a big match. She has scored three fifties in Women’s T20Is and all those have come when Australia were under tremendous pressure, having lost early wickets. On all the three occasions, Haynes was the top scorer for Australia as well.

Barring the 101 against Thailand, Lizelle Lee has scored only 8 runs in the tournament. She has played only two games against Australia, she has scored just 1 run in those two games combined. Her record in T20 World Cups isn’t great either; if you take the 101 away, she would have scored 240 runs in T20 World Cups at a strike rate of 94.11. Keep this in mind if you are punting on her.