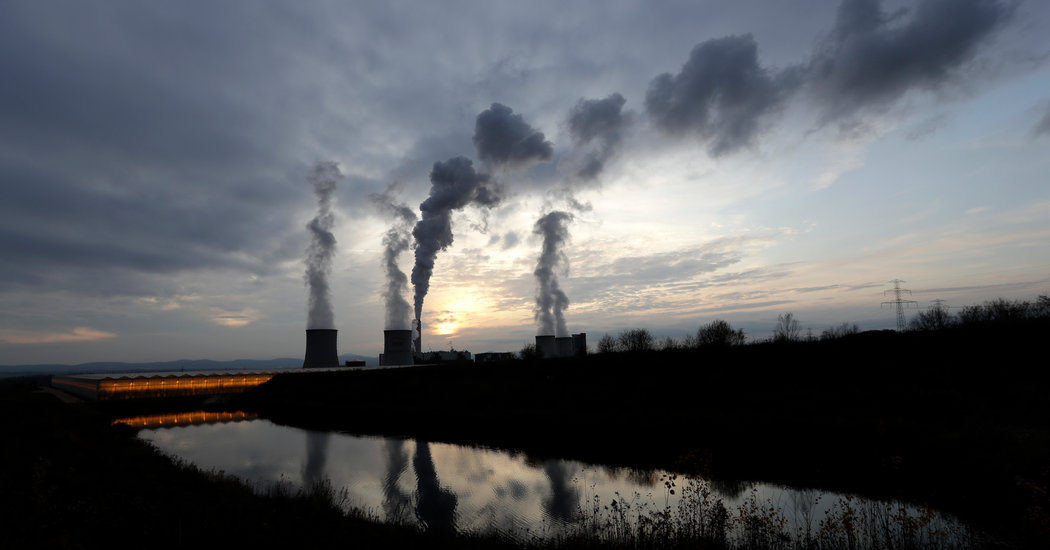 BRUSSELS — The European Union laid out plans on Wednesday for a climate law that would set a target of net zero carbon emissions across the bloc by 2050.

But the bill, part of a wider policy package called the Green Deal, was immediately criticized by climate activists, including Greta Thunberg, who denounced it as “empty words.” Many activists had called on the bloc to set a 2030 target, and to specify now how it would be achieved.

European officials had hoped to win the support of Ms. Thunberg, the 17-year-old Swedish activist, when they met with her in Brussels on Wednesday. But she went on instead to tell the European Parliament that the proposal amounted to “giving up on the Paris Agreement,” the pact signed in 2016 under which almost 200 nations promised to limit their emissions, and from which the United States has withdrawn.

Ursula von der Leyen, the president of the European Commission — the bloc’s executive arm, which formulated the bill — described it as “a compass for the next 30 years.” If passed by the European Parliament and its 27 member states over the next several months, it would require the commission to factor climate goals into every piece of legislation.

European nations are divided, with countries like Poland, which are more dependent on coal, seeking a longer time frame and a general target for the bloc as a whole.

Twelve other member states, including France, the Netherlands, Spain and Sweden, released a letter on Tuesday asking that a 2030 climate target be set “as soon as possible,” ahead of a summit meeting with China scheduled for September and the United Nations climate meeting, known as COP26, in November.

Instead, the European Commission proposed a September 2020 deadline to assess the impact of a potential reduction of emissions by 55 percent, and only then to devise a plan on how to get there. As a gesture to countries like Poland, which said it could not meet a specific national goal, the bill instead set out a neutrality target for the European Union as a whole.

The bloc produced just over 9 percent of the world’s carbon emissions in 2018.

Under the bill, the commission would assess progress toward climate neutrality every five years after 2030 and identify emissions targets for each country.

In an open letter published on Tuesday and co-signed by Ms. Thunberg, young climate activists wrote that setting a 2050 neutrality goal “equals surrender” and called for reduction goals for “every following month and year to come.”

Greenpeace’s adviser on E.U. climate policy, Sebastian Mang, said the time to act was now. “With no plans for a science-based 2030 target, nor measures to end fossil fuel subsidies, we’re setting ourselves up for failure,” he said.

But some climate experts praised the plan.

Quentin Genard of E3G, a Brussels-based climate research institute, called the commission’s proposal “bold” because it made climate neutrality a main principle.

“I understand where the young activists are coming from,” Mr. Genard said, “but I am looking for a politically feasible way to do it. It took us 14 months to agree on climate neutrality by 2050.”

Simone Tagliapietra, a research fellow from Bruegel, a Brussels-based economics research institution, said that the proposal represented a “landmark,” but that the responsibility ultimately fell on national governments.

“Of course, the commission can put in place targets and proposed pathways, but it can only move within the boundaries set out by the treaties” that define its role, Mr. Tagliapietra said. “Only the national governments can give the commission more power.’’

Frans Timmermans, the commissioner responsible for the Green Deal, praised Ms. Thunberg despite her criticism. Without her and the people she inspired, the European Union would probably not be discussing a climate bill, he said.

“I tried to explain to her that we have different approaches,” Mr. Timmermans said. “Ours is based on us reaching carbon neutrality by 2050, and we are more optimistic about emerging technologies that can help us speed up the process.’’