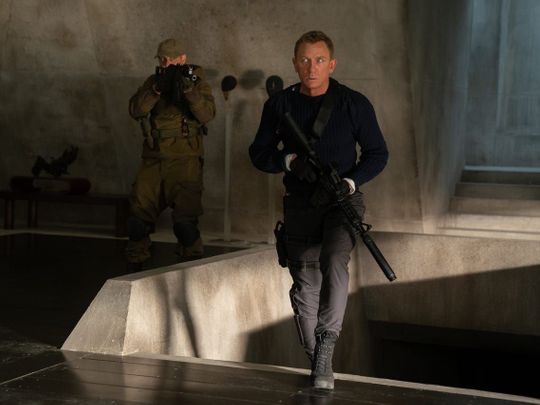 James Bond fans have come together to urge the makers to delay the release of the upcoming film in the franchise, ‘No Time To Die’, due to the global coronavirus outbreak.

Prominent Bond fan site MI6-HQ.com wrote an open letter requesting the delay of ‘No Time to Die’, the upcoming instalment in the British spy series that brings back Daniel Craig as Agent 007 for a final time.

The movie, directed by Cary Joji Fukunaga, is scheduled to release in April but the fan group has urged distributors MGM and Universal, and producers Eon, to push the release due to the widespread concern about coronavirus, reports variety.com.

“With the coronavirus reaching pandemic status, it is time to put public health above marketing release schedules and the cost of cancelling publicity events,” read the article.

“Delay the release of ‘No Time To Die’ until the summer when experts expect the epidemics to have peaked and to be under control. It’s just a movie. The health and well-being of fans around the world, and their families, is more important. We have all waited over four years for this film. Another few months will not damage the quality of the film and only help the box office for Daniel Craig’s final hurrah,” it concluded.

The letter points to the patterns of the virus’ spread in other countries. The virus has already prompted theatre closures in China and Italy. The article also noted that a significant portion of ticket sales from previous Bond entry ‘Spectre’ came from international markets.

‘No Time to Die’ will be the fifth portrayal of 007 by Craig, who has previously starred in ‘Casino Royale’, ‘Quantum of Solace’, ‘Skyfall’ and ‘Spectre’.

It is being widely speculated that Craig will make way for a female Bond, to be played by Lashana Lynch, in the next film of the series.

Earlier this year, the makers scrapped that the Chinese press tour and premiere due to the coronavirus epidemic.

The film is slated to releaseon April 2.