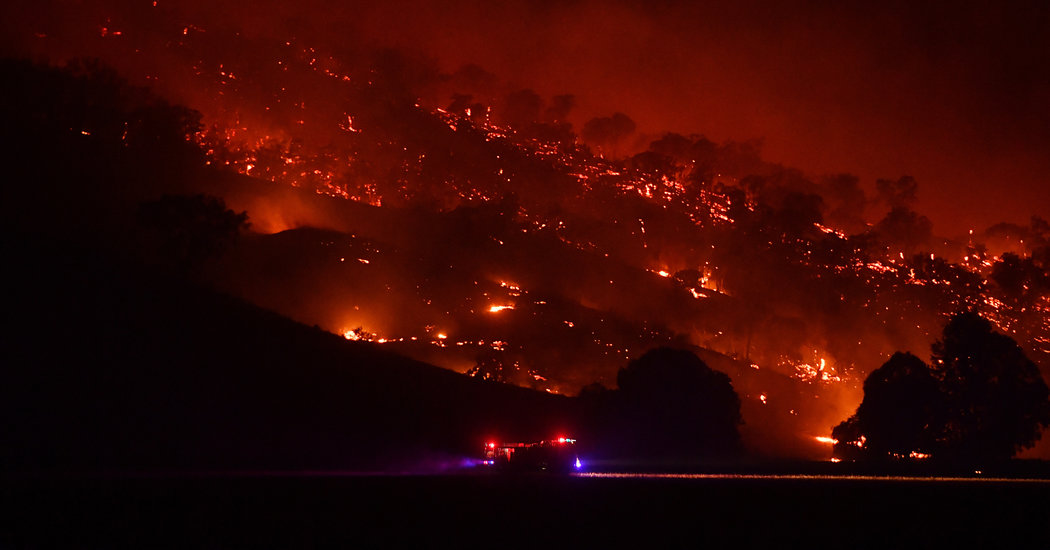 Confirming what had been widely suspected, researchers have found that human-caused climate change had an impact on Australia’s recent devastating wildfires, making the extremely high-risk conditions that led to widespread burning at least 30 percent more likely than in a world without global warming.

The researchers said the full influence of climate change on the fires was probably much greater, but that climate simulations, which form the basis of this type of study, underestimate trends in extreme heat in Australia compared with real-world observational data.

“We’re very sure that is a definite number we can scientifically defend,” said the lead author of the study, Geert Jan van Oldenborgh of the Royal Netherlands Meteorological Institute, referring to the 30 percent figure.

But the real influence of climate change on the recent fire season in Australia is greater, he added. “We think it is much larger than that, but we can’t prove that until we find out why there is this discrepancy between the observations and the climate models.”

The research is the latest in a growing subfield of climate science: attribution studies that look for links, or the lack of them, between climate change and specific weather-related events, often within weeks of an event. The studies usually compare models of current conditions to those of the world around 1900, before large-scale emissions of carbon dioxide and other planet-warming gases began.

The Australian study was conducted, like many others, by an international group of scientists called World Weather Attribution. It was made public on Wednesday before being peer reviewed and published in a scientific journal, but scientists with the group said it followed what are now well-established practices for such studies.

Record warmth and dryness last year led to a severe wildfire outbreak in Australia, with an estimated 50 million acres burned, including more than 16 million acres in the southeastern part of the country, which was most affected. All told, at least 34 people were killed and nearly 6,000 homes and other structures were destroyed.

Dr. van Oldenborgh said the study was the most complicated the group had ever conducted because wildfires are a complex phenomenon affected not only by heat and precipitation but also by wind, humidity and other factors.

The researchers looked at the influence of climate change using a measurement standard called the Fire Weather Index, which takes all those factors into account to determine the risk of wildfire in a specific area at a specific time. They calculated the index values across southeastern Australia during the peak burning period of December and January.

Those values were extremely high, and were 30 percent more likely to be that high now than before 1900. Put another way, the researchers said, such high values are about four times more likely now than they were before.

The study also separately analyzed the influence of climate change on the extreme heat that Australia experienced during the fire season, and on the lack of rainfall during the same period. It found that extremely hot weeks like the fourth week of December, the country’s hottest on record, were at least twice as likely now than before 1900. The analysis of lack of rainfall found no significant trend related to climate change.

Benjamin M. Sanderson, a researcher at the European Center for Research and Advanced Training in Scientific Computing in Toulouse, France, who was not involved in the study, said the findings were reasonable.

“You can quite solidly say that extreme high temperatures play a role in fire risk,” he said. “And anthropogenic influences are easily detectable in terms of extreme temperatures.”

But he agreed with the researchers that wildfire is complex, and said the Australian disaster exposed the weaknesses of today’s climate models: they have difficulty drawing the connections between climate and fire.

“There are some events on the ground that have huge human and ecological impacts,” he said. “This was one of them. You look at what came out of the models and realize they were not very good at representing the severity of this process.”

Dr. Sanderson, together with a colleague, Rosie A. Fisher, wrote a commentary in Nature last month arguing that improvements in modeling are needed to better capture the severity of wildfires as they evolve in a changing climate.

“This is really a case where the real world is beginning to throw events at us before science is realized,” he added. “Which is a scary place to be.”