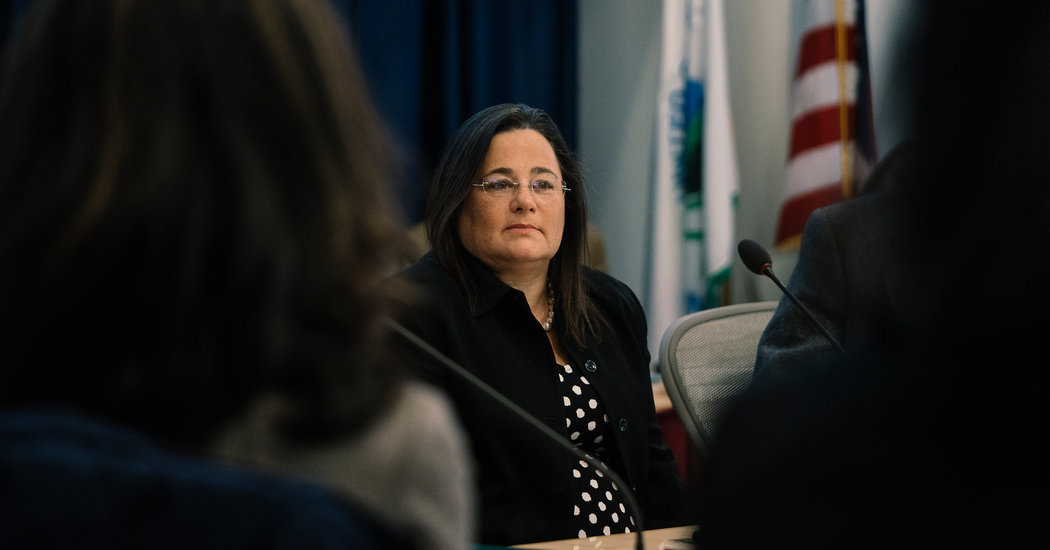 WASHINGTON — President Trump has tapped Nancy B. Beck, a former chemical industry executive, to lead the Consumer Product Safety Commission, an independent federal agency charged with protecting the public against dangers like toxic substances in products.

Dr. Beck previously led the Environmental Protection Agency’s office of chemical safety, a position she came to after serving as the senior director of regulatory science policy at the American Chemistry Council, a lobbying group for the chemical industry.

Democrats and environmental groups on Tuesday criticized Dr. Beck’s nomination as chair of the commission and accused her of using her previous government positions to advance the agenda of the chemical industry.

During her time at the E.P.A., Dr. Beck oversaw the rewriting of an Obama-era rule in 2017 on a class of chemicals known as perfluoroalkyl and polyfluoroalkyl substances, or PFAS, that are linked to birth defects, in a way that would make them harder to regulate. She also helped scale back proposed bans on other substances like asbestos and methylene chloride, a deadly chemical found in paint thinners, in favor of limited restrictions.

White House officials noted that Dr. Beck holds a Ph.D. in toxicology and has more than 20 years of public health experience specializing in risk assessment. Andrew R. Wheeler, the administrator of the E.P.A., praised her work implementing the Toxic Substances Control Act, a law that regulates the distribution and use of cancer-causing chemicals. He also credited her with developing a new action plan that the agency unveiled last month to regulate PFAS and related chemicals in drinking water.

“Dr. Beck has served this nation with honor and integrity, and I fully support her nomination,” Mr. Wheeler said in a statement.

The Environmental Working Group, a nonprofit public health advocacy organization, said the recent movement to protect the public from water contaminants came only after intense pressure from Congress, and criticized the E.P.A. for failing to consider regulations earlier. On Tuesday the group’s president, Ken Cook, called Dr. Beck’s track record “riddled with disregard” for the risks that toxic chemicals pose to human health.

“Nancy Beck is the last person who should be in charge of safeguarding the American people from dangerous products,” he said in a statement.

The Consumer Product Safety Commission investigates the safety of products, ranging from studying whether drawstrings on children’s’ coats and sweatshirts pose a choking risk, or whether to issue a recall of lead-tainted toys from China. Watchdog groups say the agency, which was created in 1972 to protect the public against “unreasonable risks” from consumer products suffers from budget cuts and insufficient staff to monitor the more than 15,000 regulated items.

The Senate Committee on Commerce, Science and Transportation is expected to consider Dr. Beck’s nomination before it reaches the Senate floor for a confirmation vote.