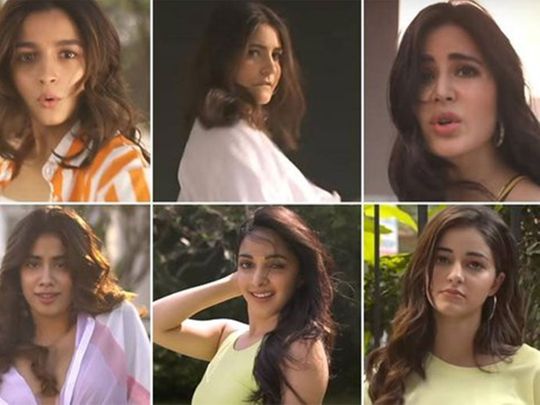 The lead actor of the flick, Irrfan Khan, announced the release of the track by sharing its video on Twitter.

Crooned by Vishal Dadlani and Sachin-Jigar, the three-minute and two-second video sees impromptu and effortless dance moves by the stars from different locations, be it in the middle of the road, or from a balcony.

The three Bollywood divas, who are also joined by Janhvi Kapoor, Kiara Advani, and Ananya Panday, rallied around Radhika Madan, who plays Irrfan’s on-screen daughter, are seen just being themselves, carelessly grooving to the song in all smiles.

The third song from the upcoming movie, composed by Sachin-Jigar, celebrates women as the leading ladies have teamed up to share their love for ‘Angrezi Medium’.

‘Angrezi Medium’ is the sequel to the 2017 hit film ‘Hindi Medium’, which starred Irrfan and Saba Qamar in the lead roles.

The Dinesh Vijan production which has Homi Adajania on the director’s seat will make it to the theatres on March 20.