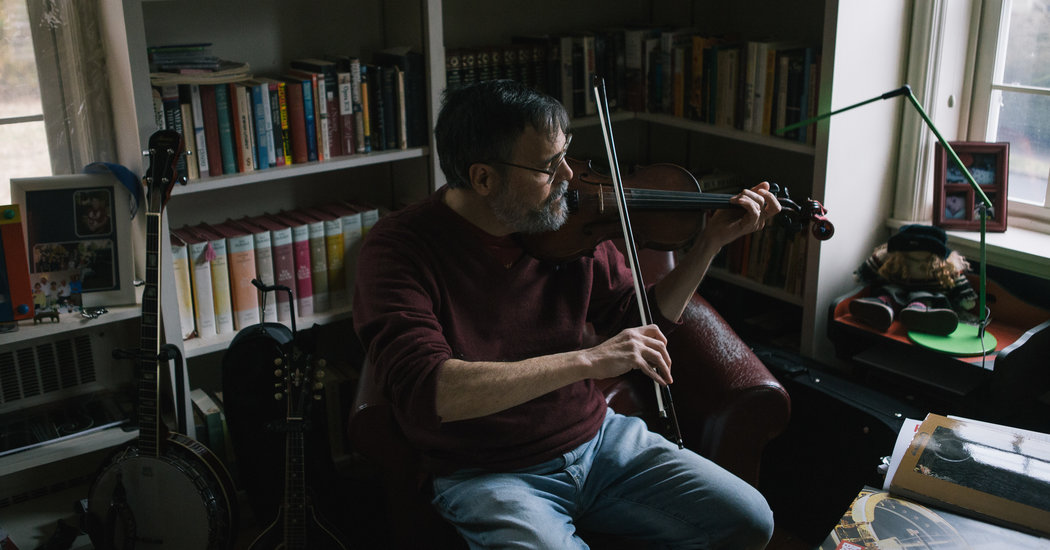 On March 21, 2019, the staff at the Penn Memory Center in Philadelphia was scrambling to learn more about an early-morning announcement: Two pharmaceutical companies, Biogen and Eisai, would discontinue their clinical trial of a drug intended to slow the progression of early Alzheimer’s disease.

A “futility analysis” had shown that aducanumab, being studied in more than 3,200 people worldwide, would not prove effective. It was yet another disheartening result; after decades of drug research, one medication after another — hundreds of them — had failed to prevent, arrest or cure Alzheimer’s.

The Penn researchers wanted to be the ones to break the bad news to the 18 participants they had recruited.

“When this effort you contributed months and years to is ending, that’s something you want to hear from people you trust,” said Emily Largent, a bioethicist and researcher there.

But the Penn staff was too late to inform John Poritsky, a participant with early-onset Alzheimer’s, and his wife, Debra Morris. The news had already begun circulating online.

“My friend had sent me a text, ‘Did you hear that this study is ending?’” said Dr. Morris, an English professor at the Pennsylvania College of Technology. “I was horrified. Floored. I couldn’t believe it.”

For nearly a year, they had regularly traveled three hours from their home in Williamsport, Pa., to Philadelphia, where Dr. Poritsky had undergone extensive testing and received monthly infusions without knowing whether he was receiving the drug or a placebo.

“I’d built up a lot of hope,” said Dr. Poritsky, 61, a retired English professor. He wasn’t surprised to have developed Alzheimer’s; his father, grandfather and great-uncle all had the disease. But he had hardly expected a diagnosis before he turned 60.

This drug study, a Phase 3 trial, had allowed him to think not only that he might benefit personally, but that he could help advance science. “I thought, I can be part of something that can cure or arrest this illness,” he said. When the plug was suddenly pulled, “I was just devastated.”

This scenario occurs with distressing frequency. Most Alzheimer’s drug trials are sponsored by publicly held pharmaceutical companies, which must follow federal Securities and Exchange Commission regulations when they disclose information that affects stock prices.

Alerting patients or investigators before notifying shareholders would violate the companies’ legal obligations. So they often issue early-morning news releases.

Years ago, most patients probably learned about discontinued trials from researchers and staff whom they had come to know. (The last Alzheimer’s medication to receive F.D.A. approval was Namenda, in 2003.)

But with social media and 24-hour digital reporting, plus keen public interest in Alzheimer’s drugs, “this has become fast-moving news in a way it wasn’t before,” Dr. Largent said.

So by the time researchers are able to make phone calls, their patients often have already seen the announcements on Facebook or fielded calls from worried friends.

“It’s akin to a trauma, the news that’s devastating and the surprising, out-of-the-blue way you learn it,” said Dr. Jason Karlawish, a geriatrician who co-directs the Penn Memory Center.

For Phil Gutis, 58, a former New York Times reporter diagnosed with early onset Alzheimer’s, “it was a kick in the stomach.” Like Dr. Poritsky, he was enrolled in the aducanumab trial, and had learned of its termination from a friend’s text. “There should be a better way,” he said.

“These are not simple protocols,” said Dr. Sharon Cohen, a neurologist and principal investigator at the Toronto Memory Program, which had enrolled 29 participants in the aducanumab trial. “The visits are long. They are frequent. There is in-depth testing. Blood draws. M.R.I. scans that may recur. PET scans. There may be spinal taps. And the study partner” — a family member or friend — “has to attend many of these as well.”

Why agree to all that, especially when researchers pointedly explain that the experimental drug may not help and could actually harm patients? Moreover, in a typical double-blind study, half the participants won’t even get the drug but will instead receive a placebo.

Researchers and patients describe a mix of motives: desperation, altruism, trust in the investigators and sponsors.

“I thought I was doing this for future generations,” Mr. Gutis said. But as he learned more about aducanumab, “there was definitely optimism that this possibly could help me.”

Participants also come to value their deepening relationships with the study staff, who know so much about the disease and take such an interest in their condition. “It was almost familial,” Dr. Poritsky said.

“We were part of a community and a structure, and it was gone,” Dr. Morris said.

The aducanumab study also took an unexpected and uncommon turn. Seven months after ending the trial, Biogen and Esai announced (in another early-morning news release) that a reanalysis, using additional data, indicated that at high doses the drug appeared to reduce cognitive decline after all.

They plan to resume an open-label trial (without a placebo) in March and to seek F.D.A. approval. The development was encouraging, but left study participants feeling especially whipsawed.

In a recent editorial in JAMA Neurology, Drs. Karlawish and Largent argued for a more communicative approach. “We’re trying to change the culture of the way we run clinical trials in Alzheimer’s research,” Dr. Karlawish said in an interview.

Lobbying the S.E.C. to change its regulations would be “infeasible,” he acknowledged. But the informed consent process, the researchers wrote, should prepare participants for the possibility of an abrupt end to the trial.

Participants could opt to receive the pharmaceutical company’s news release, or a letter, as soon as it is issued, “so you don’t feel like you’re the last one to know,” Dr. Largent said.

The researchers urged companies to share details of what a given study revealed; even failed experiments provide useful information. “It’s an important way of demonstrating respect for their contributions,” Dr. Largent said.

Finally, study sites should provide support after trials end, by checking on the well-being of participants and referring them to counseling or support groups as needed.

Some of those suggestions may take hold. The Alzheimer’s Association and the National Institute on Aging say they plan to meet with drug manufacturers to discuss improving communication with research participants.

The Toronto Memory Center has gone a step further. In 2018 it hosted a lunch for participants and partners after a discontinued trial; the event included a presentation of the results, “to show them what their efforts had led to,” Dr. Cohen said. She described the participants as “medical heroes, taking risks to benefit themselves and others.”

Last year, at another lunch, the center presented several participants with citizen-scientist awards.

Despite the disappointments, participants often remain eager to join other trials. When aducanumab testing resumes, both Mr. Gutis (who learned that he had been receiving the drug rather than a placebo, and thought it had helped him) and Dr. Poritsky (who thought so too, but had received a placebo) plan to re-enroll.

They will moderate their expectations this time, however.

“You volunteer to be a lab rat,” Mr. Gutis said. “But the rat doesn’t have high hopes.”