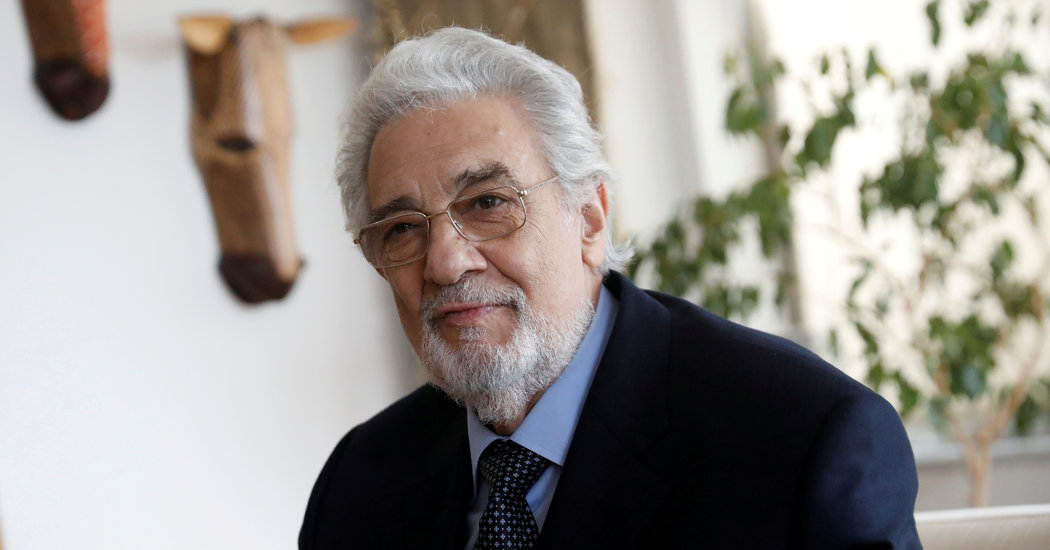 An officer of the union representing American opera performers resigned on Monday, citing concerns that the union had kept details of its sexual harassment investigation of the opera star Plácido Domingo confidential as part of negotiations for a $500,000 settlement from him.

“This is a quid pro quo — silence in exchange for money,” Samuel Schultz, the fifth vice president of the union, the American Guild of Musical Artists, wrote in his resignation letter.

Leonard Egert, the union’s national executive director, denied the allegation. “We at A.G.M.A. never were going to publicly release the details of the investigator’s report,” he said in an interview. “And the reason for that is important: The witnesses who came forward expressly conditioned their participation in the investigation on keeping their anonymity.”

But Mr. Egert acknowledged that the public leak of details about the union’s investigation had prompted Mr. Domingo’s legal team to withdraw from talks about a settlement that would have called for him to pay a $500,000 fine to help the union cover costs of the investigation, and to provide money for programs to combat sexual harassment.

“Obviously Mr. Domingo’s team was not in favor of releasing details of the allegations, probably for different reasons,” Mr. Egert said.

The union had planned to release only its top-line conclusions, which said, somewhat vaguely, that Mr. Domingo, 79, had “engaged in inappropriate activity, ranging from flirtation to sexual advances, in and outside of the workplace.” But before it issued the findings, The Associated Press reported that the investigators had spoken with women and witnesses who described unsolicited kisses on the mouth, groping, late-night calls and pressure to have sex.

When the conclusions of the investigation were announced, Mr. Domingo issued a statement saying that he accepted “full responsibility for his actions” and was “truly sorry” for the hurt he had caused women. But less than 48 hours later, after some European arts organizations cited his apology as a reason to cancel or re-evaluate his coming performances, Mr. Domingo amended it. “I have never behaved aggressively toward anybody, nor have I ever done anything to obstruct or hurt the career of anybody,” he said.

The union began an inquiry to find who had leaked information that the board had agreed to keep confidential. In his resignation letter, Mr. Schultz, a baritone, said that he had provided it to The A.P. because he believed the union’s lack of publicly available details about what Mr. Domingo had done amounted to a betrayal of the women who had been harmed.

“Rather than allowing the details of the investigation to be made public, the union entered into a deal with Domingo which protected his reputation, and has allowed him to continue to assert publicly that he did not aggressively sexually harass women or harm their careers,” Mr. Schultz wrote. “The details of the investigation, had they been made public, would have demonstrated the falsity of his denials.”

Mr. Schultz, who resigned from both the union and its leadership, said in his letter that as a “sexual assault survivor,” he felt he could not be a party to its actions. (Mr. Schultz publicly accused David Daniels, a famous countertenor, and his husband, Scott Walters, of sexually assaulting him in 2010 after an opera performance in Houston. The two men were arrested and charged in the incident last year; their lawyer has said that they are innocent.)

With settlement talks with Mr. Domingo off, the union announced that formal disciplinary charges had been filed against him, paving the way for a future hearing.

If he is found guilty, he could face a range of disciplinary actions, the union said, including fines, suspension, censure or expulsion. The results of another inquiry by the Los Angeles Opera, where Mr. Domingo was general director, have yet to be announced.