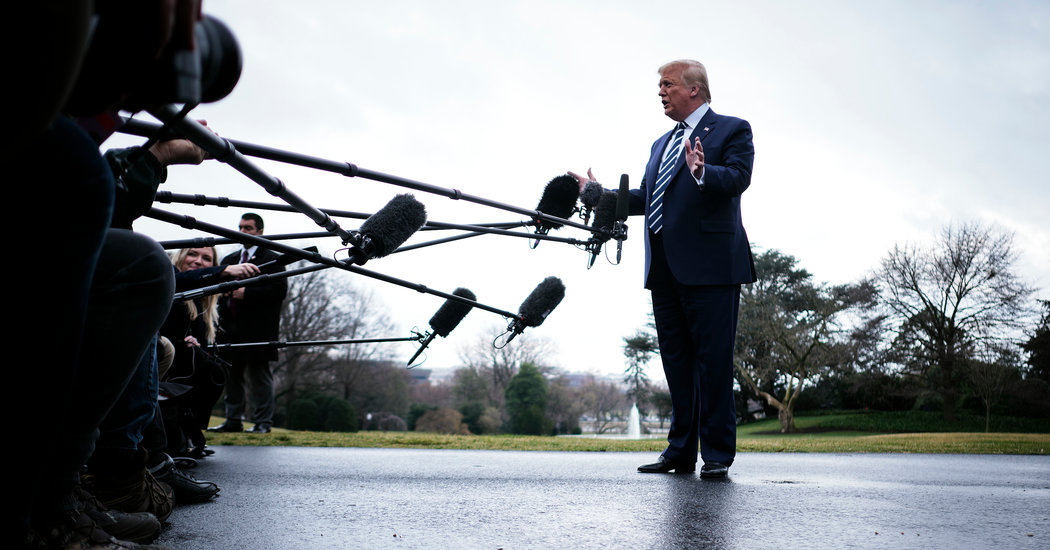 WASHINGTON — President Trump spoke on Tuesday with the deputy leader of the Taliban, Mullah Abdul Ghani Baradar, in the latest sign of his determination to see that a peace deal signed Saturday with the Afghan insurgent group holds, allowing him to withdraw thousands of American troops from Afghanistan in an election year.

“I spoke to the leader of the Taliban today. We had a good conversation,” Mr. Trump told reporters at the White House, slightly inflating Mr. Baradar’s position.

“We actually had a very good talk,” Mr. Trump said, adding that “we don’t want violence.”

The direct contact between an American president and a top Taliban leader would once have been unthinkable. But in his drive to end the war in Afghanistan, Mr. Trump has shown a startling willingness to engage with the leaders of a Sunni fundamentalist group that first harbored Osama bin Laden while he planned the Sept. 11 attacks, and then battled American troops for more than 18 years.

Mr. Baradar was the Taliban official who, along with Mr. Trump’s envoy for Afghanistan, Zalmay Khalilzad, signed a peace agreement in Doha on Saturday to begin the withdrawal of American forces from Afghanistan and begin talks between the Taliban and the Afghan government.

In a statement, the Taliban said Mr. Baradar spoke to Mr. Trump for 35 minutes, and told him to stand firm in his commitment to withdraw from the country. The statement said Mr. Trump told the Taliban leader that the Afghan people were strong, that Afghanistan was a nice country and that the American withdrawal would be good for everyone involved.

The White House did not respond to a request for more information about the call.

Afghanistan’s president, Ashraf Ghani, has complained about elements of the deal, rejecting a provision that said his government would release 5,000 Taliban prisoners before talks with the militant group.

In its statement on Tuesday, the Taliban also said Mr. Trump assured Mr. Baradar that Secretary of State Mike Pompeo would speak to Mr. Ghani to remove hurdles to the so-called intra-Afghan talks.

Since signing the deal on Saturday, the Taliban have renewed their attacks on Afghan forces following a weeklong reduction in violence across the country.