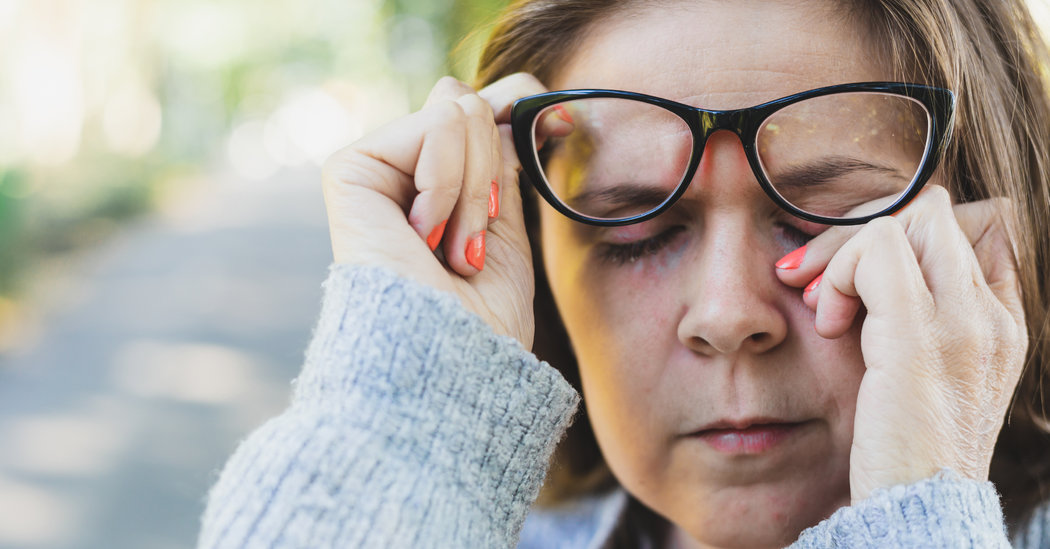 Other studies of primary care doctors, people doing office work, and students riding a simulated rail car have all found similar rates of touching the T-zone.

“I was really surprised,” Dr. McLaws said. “By touching your mucous membranes, you’re giving a virus 11 opportunities every hour if you’ve touched something infectious.”

The risk of picking up a virus by hand-to-face contact depends on a number of factors, including the type of virus, whether the surface was nonporous, how long ago the virus was left behind, how much time the infected person spent in the area and the temperature and humidity levels.

The World Health Organization notes that while we don’t know how long the new coronavirus survives on surfaces, it seems to behave like other coronaviruses — which is unsettling news. A recent study from the Journal of Hospital Infection found that similar coronaviruses have been shown to survive on surfaces for as long as nine days under ideal conditions. That’s far longer than the flu virus, which typically can survive under ideal conditions only up to 24 hours on hard surfaces. Public Health England says that, based on studies of other coronaviruses like SARS and MERS, “the risk of picking up a live virus from a contaminated surface” under real-life conditions “is likely to be reduced significantly after 72 hours.”

In general, a virus will survive the longest on nonporous surfaces made of metal and plastics — including door knobs, counters and railings. A virus will die sooner on fabrics or tissues. Once on your hand, a virus begins to lose potency, but it will probably live long enough for you to touch your face. Although more study is needed of coronavirus, in one study of rhinovirus, which causes the common cold, a small dose of virus was placed on a participant’s finger. An hour later, about 40 percent of the virus was still viable. After three hours, 16 percent could still be detected.

We also know from the 2003 epidemic of SARS, a more deadly coronavirus than the one currently spreading, that the virus was often transmitted from surface contact. In one Hong Kong hotel, an infected doctor who checked into his room on the ninth floor before going to the hospital for treatment left a trail of virus that infected at least seven people who also had rooms on the ninth floor, who then went on to spread the disease elsewhere. The doctor, who died from the infection, was later identified as a “super spreader” linked to about 4,000 cases of SARS that occurred during the epidemic.

The good news is that frequent hand washing can make a meaningful difference in lowering your risk. During the SARS epidemic, hand-washing reduced the risk of transmission by 30 to 50 percent. But after washing your hands, you must still be mindful about face touching, Dr. Sawyer said.