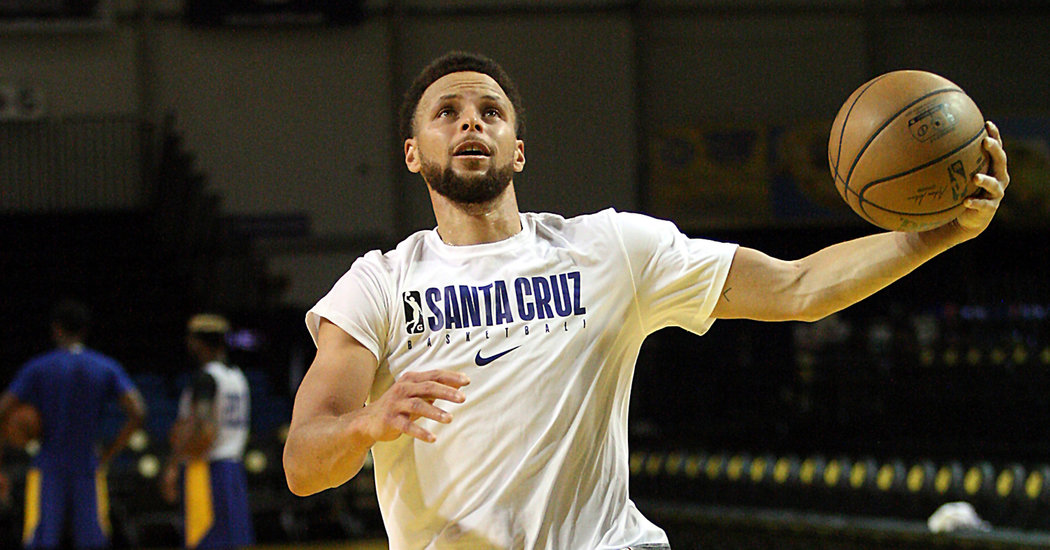 “Especially our younger guys, to see his approach,” Weems said. “For them, it’s like, ‘If he’s coming down for a practice just to get ready for a game, imagine how hard we have to play.’”

It has been an unusual season for the Golden State Warriors, who are just eight months removed from a fifth straight appearance in the N.B.A. finals. But Kevin Durant is gone, collecting millions from the Nets as he tends to his ruptured Achilles’ tendon, and Klay Thompson has been declared out for the remainder of this season as he recovers from knee surgery.

Curry seemed determined to do what he could to lead an overhauled roster, but then he broke his left hand four games into the season. Aron Baynes, a very large human who plays for the Suns, landed on him after attempting to take a charge, and Curry wound up needing two operations to repair the fractures in his hand.

Without him, the Warriors have shuffled to a 13-48 record. They will be watching the playoffs from home.

“It’s been tough for a lot of reasons,” Curry told reporters last month.

For the first time since 2013, Curry missed the N.B.A. All-Star Game — though he still managed to make a splash that weekend by posting a photograph of himself with his wife, Ayesha, on Instagram. They were in swim attire at an undisclosed vacation destination, and Curry was using his left hand to hold his wife very close. If nothing else, his rehabilitation appeared to be progressing.

Curry did not address reporters after Monday’s scrimmage, which was closed to the news media. He last spoke with reporters on Feb. 22, after he resumed practicing with the Warriors. He acknowledged that he was still dealing with what he described as “nerve damage” that was causing numbness and tingling sensations.

“All of that type of stuff,” he said. “I’m getting used to what a new normal is. It definitely feels different than my right hand. You try to get to a point where you’re playing basketball and you don’t actually think about it, whether it feels all the way the same or not.”