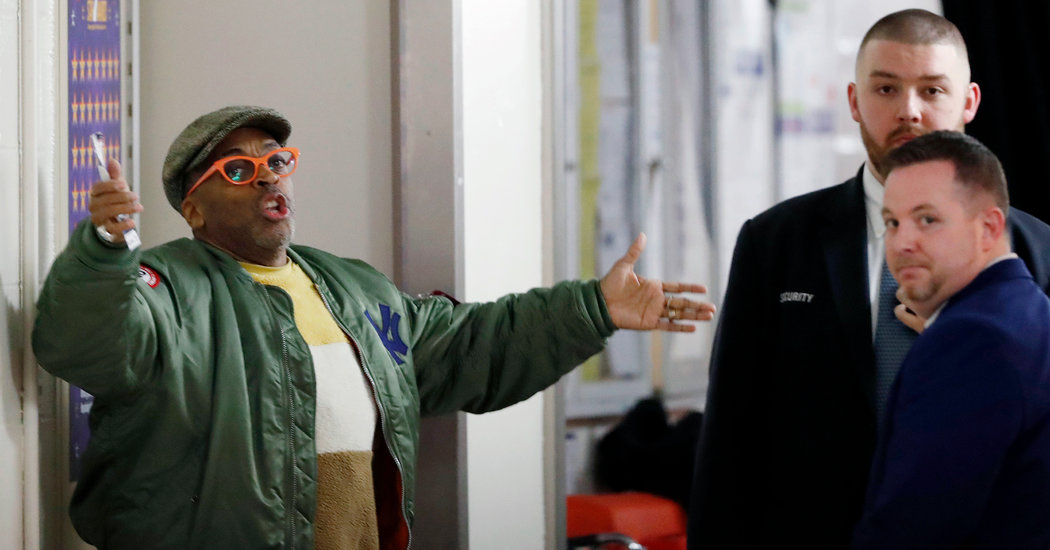 Spike Lee, the director and a Knicks superfan, accused James L. Dolan, the owner of the Knicks, of “harassing” him and said he would not attend any more home games this season after he was pulled aside after entering Madison Square Garden on Monday night.

Lee also accused the franchise of lying about what happened.

“Typical Garden spin,” Lee said in a text message to The New York Times on Tuesday, adding, “Dolan is harassing me.”

The incident between Lee and Knicks staff first came to light in a video that went viral on social media showing an agitated Lee speaking with what appeared to be security guards inside the arena. Lee further expanded upon the incident on ESPN’s “First Take” on Tuesday. From Lee’s telling, security guards wanted Lee to “leave the Garden, walk outside, out the 33rd Street employee entrance where I came from, walk outside and come back on 31st Street, and I said I’m not doing that,” in part because they had already scanned his tickets.

Lee was eventually allowed to go to his usual courtside seat, where he has been a visible presence for decades. But on Tuesday, after “First Take” aired, the Knicks released a blistering statement:

The idea that Spike Lee is a victim because we have repeatedly asked him to not use our employee entrance and instead use a dedicated V.I.P. entrance — which is used by every other celebrity who enters The Garden — is laughable. It’s disappointing that Spike would create this controversy to perpetuate drama. He is welcome to come to The Garden anytime via the V.I.P. entrance; just not through our employee entrance, which is what he and Jim agreed to last night when they shook hands.

The Knicks posted the statement on Twitter alongside a photo that appeared to be of Lee and Dolan shaking hands at the arena on Monday. A spokesman for the Knicks had told media outlets on Monday night that the incident was resolved at halftime after a conversation between the two.

Lee, in a text message to The Times, said the team’s statement was a “bold face lie.”