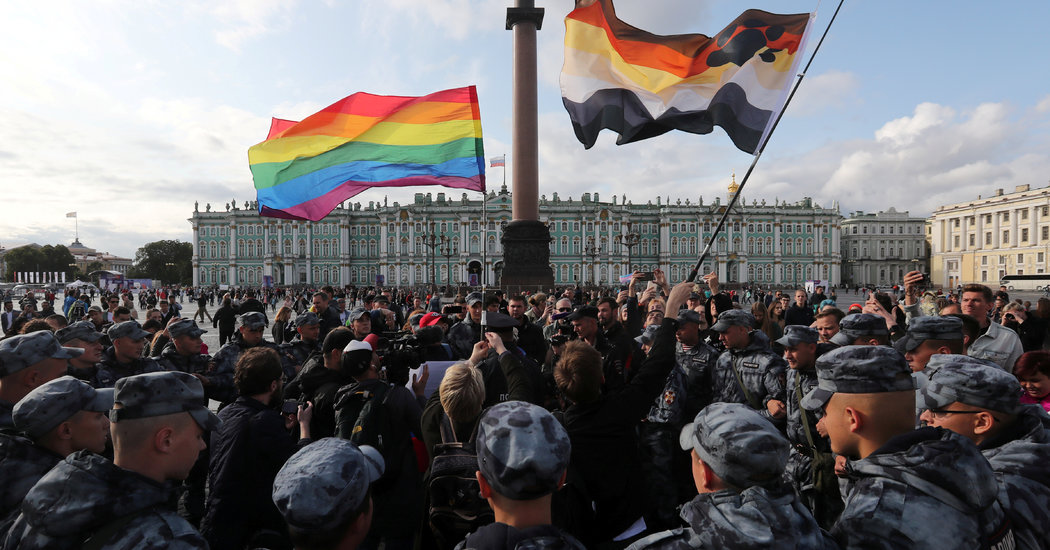 MOSCOW — President Vladimir V. Putin has proposed a constitutional amendment banning gay marriage in what political analysts suggest is an effort to raise turnout for a constitutional referendum that could keep him in power but has so far stirred little enthusiasm among Russians.

Polls have suggested low turnout and little enthusiasm among Russians for the referendum planned next month.

Mr. Putin suggested in January a raft of changes to the country’s 1993, post-Soviet constitution that seemed to keep the door open for him to remain in power beyond 2024, when he is required to step down after his second consecutive term.

But most of the proposed changes were so deep in the legal weeds that even experts were left guessing how they would work, or why they were needed.

Mr. Putin suggested shifting some powers from the president to the prime minister and Parliament, while creating a new deliberative chamber called the State Council, with still unclear duties, among other changes.

After the overhaul, analysts say, Mr. Putin might move to one or another of the newly empowered positions as a new perch to rule Russia, though he has not disclosed his plans.

By including an amendment defining marriage as between a man and a woman, “they are reinventing the vote as a referendum for traditional values,” said Ekaterina Schulmann, a Moscow-based political scientist.

“They gave it a label to attract both those in favor, and those opposed,” she said. “If turnout is properly high, then this new amended constitution will be legitimized both in the eyes of the internal audience and international community.”

The gay marriage ban is one of a package of new amendments to the constitutional review process proposed on Monday, and on Tuesday a committee in Parliament approved them. They are expected to clear a vote in the full Parliament before the referendum, planned for April 22, and analysts say they may indeed lift turnout for the vote.

Most of the new proposals highlight ideological positions Mr. Putin has supported for years, blending social conservatism, Soviet nostalgia and support for the Russian Orthodox Church. A law is already on the books prohibiting advocating what are called non-traditional sexual relationships to children.

The other proposals Mr. Putin submitted to Parliament would define Russians as the ethnic group that created the nation, assert that the country’s citizens traditionally believe in God and define Russia as the successor state to the Soviet Union — despite Soviet atheism.

Another amendment notes that Russian is “the language of the state-forming nationality,” phrasing seemed intended to appeal to Russian nationalists though the article clarifies that all ethnic groups, of which Russian has a wide variety, are equal.

Adding hot button issues will increase turnout and the legitimacy of the vote, Aleksey Chesnakov, director of the Center for Current Policy, who is supportive of the government, said in an interview.

“A lot of people are concerned by these themes and the government needs moral legitimacy, so they are acting in this way,” he said. “When you operate on moral principles you have more legitimacy in your own eyes and the eyes of the people.”

Most debate in Russia about the constitutional overhaul has swirled around questions of Mr. Putin’s future as the country’s leader. But with most Russians expecting him to retain power one way or another, the referendum was widely deemed pointless.

Mr. Putin has not made public the proposed new amendments, but members of Parliament revealed them to the Russian news media on Monday, and the newspaper Vedomosti published a list.

The deputy speaker of Parliament, Pyotr Tolstoy, praised the proposed constitutional ban on gay marriage. Mr. Tolstoy has said the ban is needed in the constitution so international organizations cannot “force Russia into any giving sort of special rights for the LGBT community.”