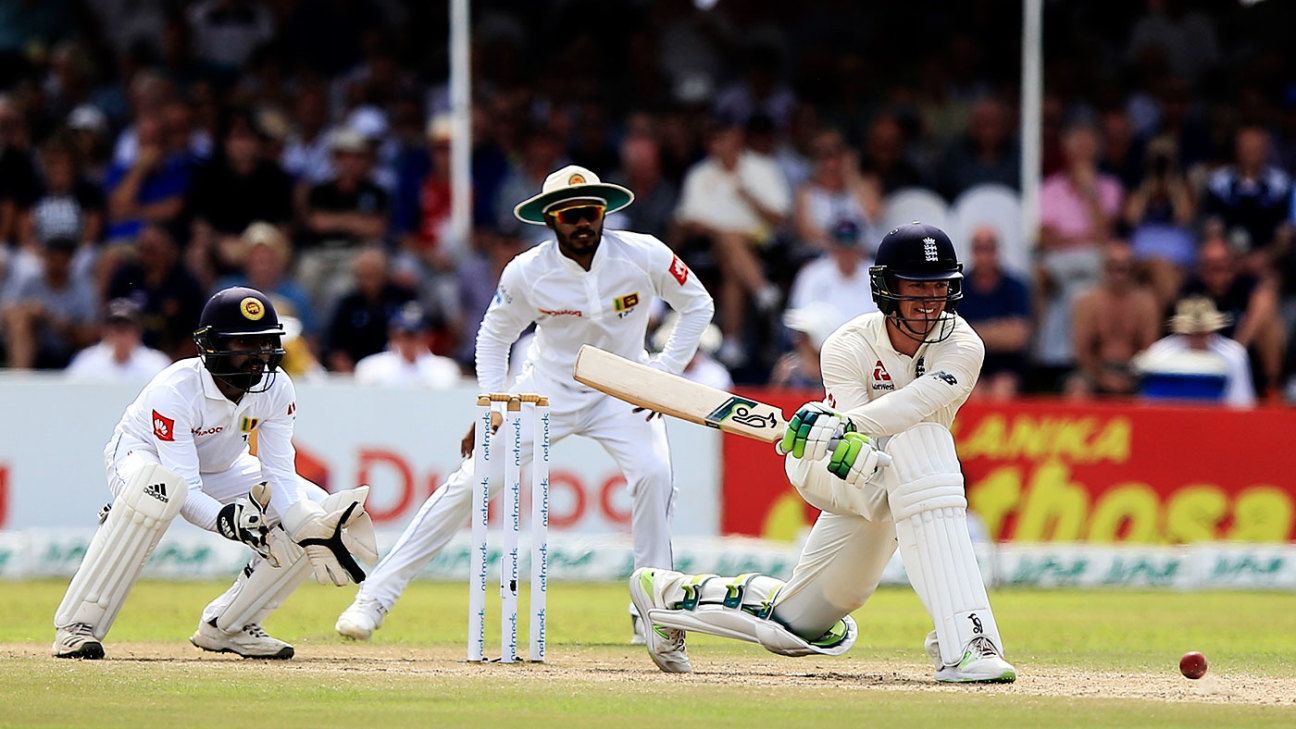 Keaton Jennings has insisted that he has plenty to offer England after his recall to their squad for the Test tour to Sri Lanka, regardless of whether he can break into the side.

Jennings, picked as the back-up top-order batsman in the absence of the injured Rory Burns, won his place on the tour primarily due to his record on the subcontinent: he averages 44.44 in five Tests in Asia, and his two hundreds for England have come in Mumbai and Galle.

And while he hopes that his ability against the turning ball can put pressure on incumbent opening pair Zak Crawley and Dom Sibley, Jennings said that he hopes he can use his own experiences in the spotlight to help them through difficult times if necessary.

ALSO READ: The Keaton Jennings recall: has the era of batting specialisation arrived?

“We’ve got a few guys competing for top-order places but that’s healthy” Jennings told PA. “It’s almost like the old opening batter’s union – only you know the pressure they are feeling and what they are going through.

“They [Sibley and Crawley] are two very good blokes and two guys who are working very hard at their game. Whether I get the chance or not, I’m here to help England win the series. If I play, that’s awesome, if I end up mixing electrolyte drinks then I’ll do that.

“You cannot underestimate the level of support everyone offers each other in that dressing room. It becomes a family-type unit. You feel your mate’s hurt when he nicks off early doors – it’s hard to see because you have been in that situation and you can double it when you’re playing for England.”

Jennings’ struggles at the top of the order in seam-friendly conditions saw him come in for heavy criticism during his second spell in the Test team, with the nadir coming in England’s series at home to India in 2018 when he averaged 18.11 across nine innings.

“I’ve had an absolute battering at times,” Jennings said. “The sport section can be hard reading. But there are going to be times when you see things you don’t want to see or hear things in the street… that’s the life I’ve chosen.

“I’ve got to make sure I’m big and strong enough to know where my values are. I don’t want to run away from my failures or my shortcomings. I have no issue being open and honest if it lets me put my head on the pillow at night.

“If a youngster reads this, sees that someone who plays for England struggles with this stuff, it might help them learn to cope. Maybe that youngster can go on and become the best player in the country.”

Even before arriving in Sri Lanka on Tuesday, Jennings has had a busy winter. He travelled to Mumbai for England’s spin camp at the end of 2019 before returning for a Lancashire commercial event in January, and last month captained England Lions to their first-ever victory against an Australia A side at the MCG.

“Any Australia side is up for it and always wants to compete, so to captain and to win there definitely makes me very happy,” he said.

“It’s something I’ll look back on with a beer in front of my fireplace and be very proud of. There’s potential for some of the guys to go back there in a little while and recall those experiences. You live between Ashes series, that’s the way English cricket works.”