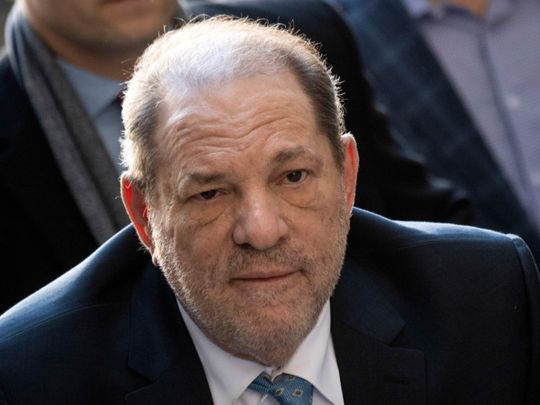 Lauren O’Conner, a former Weinstein Co employee whose company memo played a crucial role in Harvey Weinstein’s downfall, is speaking out about why she took a stand against the convicted rapist.

In an interview for an upcoming episode of life coach and author Mike Bayer’s podcast, O’Conner explains that she had to do something because she, too, is a survivor of sexual assault.

“As someone who, years prior at 23, had been assaulted myself and didn’t feel that I could speak for myself, I also wouldn’t have been able to look in the mirror the next day if I hadn’t tried to do something,” O’Conner said in an excerpt of the interview, recalling when a young woman confided in her about being “violated” by Weinstein.

She said that’s when it became more about “how” to do something about it, not “if.”

O’Conner, who was formerly a literary scout for the Weinstein Co., wrote the 2015 company memo that accused Weinstein of abusing his power to assault women. That memo was eventually leaked to the media and was instrumental in The New York Times investigation that revealed Weinstein’s pattern of sexual misconduct. Weinstein was found guilty of rape and a felony sex crime last month.

“I think standing up for ourselves in the midst of a sexual assault can be a tricky way to look at things because an assault doesn’t happen because you didn’t stand up for yourself,” O’Conner told Bayer. “An assault happens regardless of that. That’s what makes it violating.”

Ultimately, she knew she “had to” act because she could relate to those women as a fellow survivor.

“I had … an opportunity to try and do something that could help that from not happening to somebody else,” said O’Conner. “I know what it’s like, and if there is a way in which I can lessen the risk that someone is able to do that to somebody else — I had to. It was just an imperative.”

The full Coach Mike Podcast interview will be released Tuesday.