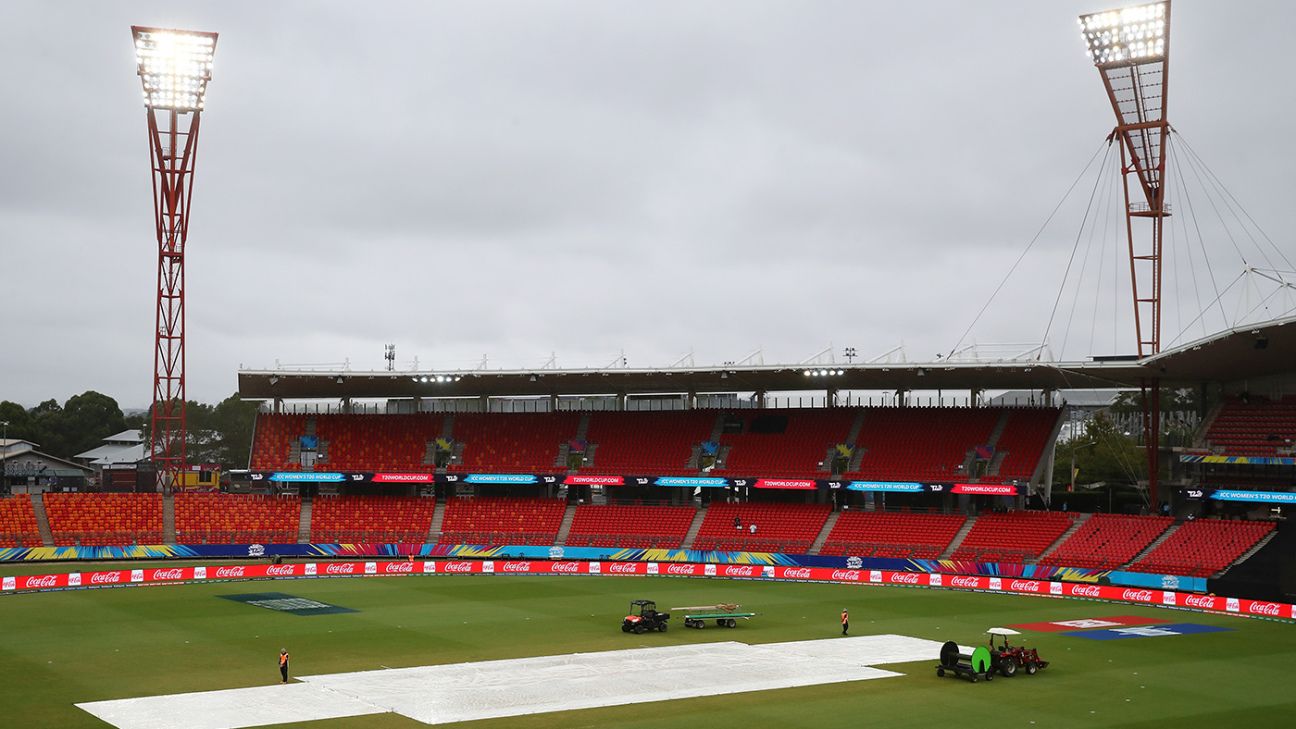 Sydney’s weather could impact the Women’s T20 World Cup semi-final double-header at the SCG on Thursday. Australia’s Bureau of Meteorology is forecasting that 5-15mm of rain could fall in Sydney on match day, and there are chances of a thunderstorm too, just days after the last two Group B games were washed away in the same city. What will that mean for the tournament? Here are the answers to the key questions.

Who are in the semi-finals?

With both matches in Sydney called off today, India will be facing England at 3pm local time in the first semi-final, while Australia will be taking on South Africa at 7pm in the second match.

What is the minimum number of overs for the match to count?

Normally, five overs per side are needed to constitute a T20 match, but the rules are different for ICC tournaments, with ten overs per side required. That means there will need to be at least 40 overs of play – 20 in each game – to get two results. The nature of the double-header will mean there will only be a spare 30 minutes for both games before overs are lost due to rain. The first game is scheduled to finish at 6pm local time, while the second game is scheduled to finish at 10pm.

Who play the final if both games are washed out?

Is there a reserve day for the semi-finals?

No. The two teams that progress to the final are required to travel from Sydney to Melbourne on Friday, the day after the semi-finals, ahead of Sunday’s final at the MCG.

Is there a reserve day for the final?

There is a reserve day available if the final is washed out at the MCG on Sunday with an option available to return on Monday. However, the forecast looks good for Sunday in Melbourne with no rain forecast and pleasant temperatures likely.