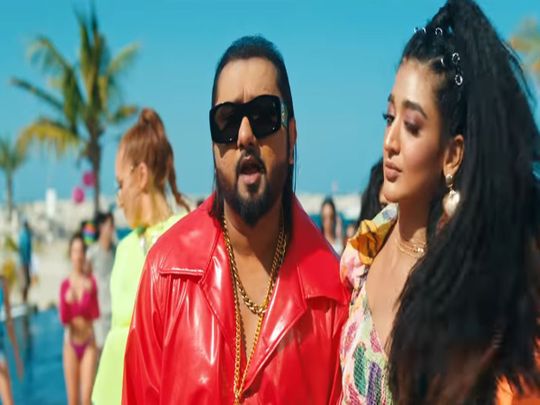 Dubai knows how to throw a good party and Indian rapper Yo Yo Honey Singh wasn’t going to let that slide.

The glittering UAE city plays a starring role in his new party anthem ‘Loca’ where Singh is shown living the high life at what seems to be a yacht with Dubai’s skyscrapers in the background.

In the colourful video, the ‘Abhi Toh Party Shuru Hui Hai’ artist is seen singing with women of different nationalities dancing around him. Shiny red leather pants and trench coats, dark glasses and gold chains are a part of his party get up.

The song, with a heavy reggaeton beats, seems to have been shot near Ain Dubai.

The song, produced by T Series, confirmed that Singh filmed in Dubai for his new video.

It’s not the first time that Singh has filmed his music videos in Dubai and he has also performed here several times as well.