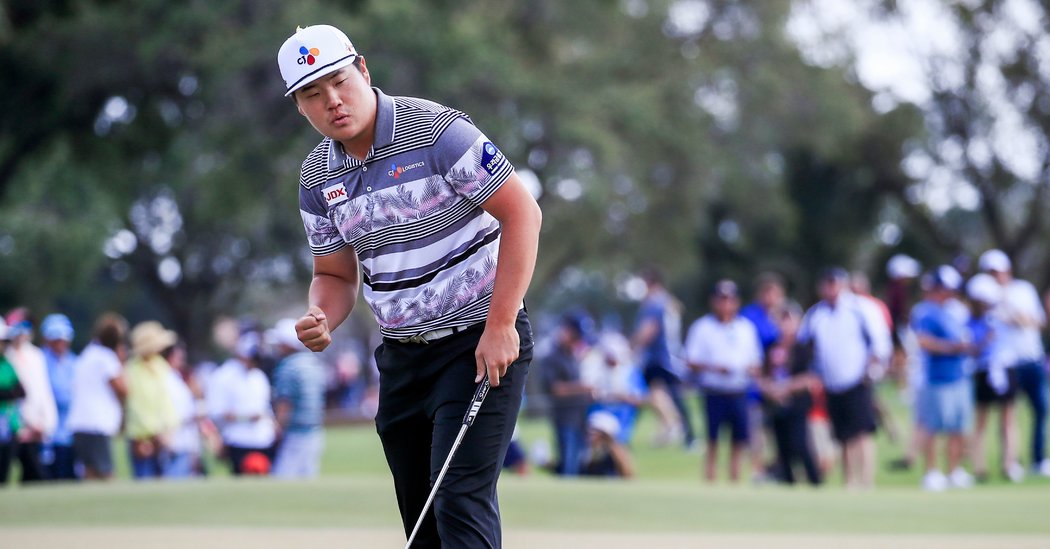 PALM BEACH GARDENS, Fla. — Sungjae Im, a precocious 21-year-old from South Korea, has been playing professional golf in the United States since 2018. Im, however, does not own a home, rent an apartment or even spend a few weeks at an Airbnb in America, despite a 10-month playing schedule that includes prolonged breaks between tournaments.

On the meandering traveling circus better known as the PGA Tour, Im has spent years now living in hotels. Transportation to competitions means airline flights and an endless fleet of Ubers.

Last week, upon his arrival here at the Honda Classic, Im allowed that his seemingly endless road trip could conclude if he claimed his first PGA Tour victory in his 50th start.

On Sunday, with a steely resolve unmatched by the veteran golfers chasing him, a daring Im held on to a late, one-stroke lead to win the Honda Classic. With birdies on two of his last four holes — the most daunting stretch of the Champion Course at the PGA National Resort — Im’s round of 66 left him at six-under par for the tournament, just ahead of Mackenzie Hughes, who finished second.

Tommy Fleetwood, the popular Englishman who is the only player ranked in the top 20 worldwide without a PGA Tour victory, seemed poised to tie Im in the tournament’s closing moments and force a playoff. But from the middle of the 18th fairway, Fleetwood, who began the day with a one-stroke lead, shockingly sliced his second shot into a pond to the right of the green to finish third, two strokes back.

Afterward, a smiling Im said he was not yet changing his usual accommodation routine.

The next PGA Tour event, the Arnold Palmer Invitational, begins on Thursday in Orlando, Fla., roughly 160 miles from away. Im, who travels with his parents, wasn’t certain how far toward Orlando he would get on Sunday night, but he knew the category of lodging where he would end up would not matter.

“Wherever I’m in a hotel,” Im said through an interpreter, “I feel like it’s going to be one of the happiest nights of my life.”

Im, who was the tour’s rookie of the year last season, faced some vexing moments just before his late charge on Sunday when he bogeyed the 12th and 13th holes to fall two strokes behind the leaders. But on the intimidating 15th and 17th holes, both par 3s over long expanses of water, Im struck bold, sterling iron shots to within seven feet of the hole. Then he made both birdie putts.

“Those are all hard holes but I felt the key was to stay aggressive and to keep shooting for the flags,” Im said. “Getting conservative there would have been the real mistake.”

Fleetwood was duly impressed. “Sungjae is a very solid, composed young player,” he said on Sunday evening. “We saw that last season.”

Many of Im’s tour brethren took note in 2019 of Im’s durability — he played 35 events, which was more than any golfer. He also led the tour in cuts made (26) and had 16 top-25 finishes. He finished 19th in the season-long FedEx Cup standings and then compiled a 3-1-1 record for the international team in the President’s Cup against the United States team, including a Sunday singles match victory over the reigning United States Open champion Gary Woodland.

In 2018, Im was named player of the year on the Korn Ferry Tour, the professional circuit that acts as a feeder to the PGA Tour.

For Fleetwood, his 18th hole misstep was the latest setback in his quest to win on the PGA Tour. Last year, Fleetwood, the world’s 12th ranked golfer, was second at the Zurich Classic in New Orleans and tied for third at the Palmer Invitational. At the 2018 United States Open, he was second, one stroke behind Brooks Koepka. He nearly holed a short putt on the 72nd hole of that event that would have given him a round of 62.

“I feel like if I keep staying in there and getting my chances, I’ll get it done,” Fleetwood said. “But I’m fine. You know, winning is hard.”

On the par-5 18th hole on Sunday, Fleetwood needed a birdie to tie Im and an eagle would have meant victory. He had 239 yards to the hole on his second shot and choose a 5-wood that he planned to hit with a left-to-right fade, matching the shape of the hole.

Fleetwood conceded that he could have played a safer shot far to the left of the green.

“But if I bailed out that way and didn’t get up and down for the birdie, you could question that decision,” he said. “We picked the right shot. I just didn’t pull it off. But I’ll be fine.”