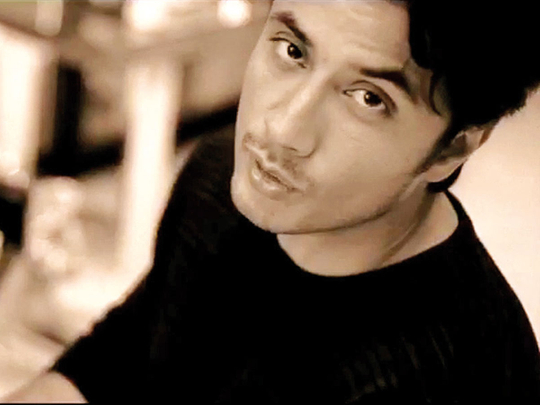 High-energy, hyper-enthusiastic and a bit cocky. This is quite literally a new Ali Zafar that we are seeing of late. Pakistan’s ‘Rockstar’ Ali Zafar is in unusually high spirits. How else would you explain the fact that he readied an entire song and its video in a record five or so days’ time, for the ongoing Pakistan Super League (PSL) cricket tournament, knowing full well that their official anthem was out already? What could have driven a man otherwise known for his cool attitude, to act this rash?

Until only a week ago, there was no sign of anything like this happening at his end. The country’s first major crossover singer turned actor, who is also credited with producing such popular songs as ‘Seeti Bajay Gi’ for PSL’s previous three tournaments, was said to have bowed out of this year’s event in order to make way for other artists. So what triggered the change of heart?

As the story goes, Junoon vocalist Ali Azmat, who sang this year’s official track for PSL, ‘Taiyyar Gain,’ with Asim Azhar, Haroon, Arif Lohar and Xulfi, was upset about the negative audience response. So much so that in a television interview, he spoke out against the bloggers who according to him were running a smear campaign “at someone’s behest.”

He didn’t take any names but it was quite obvious that he was referring to Zafar, because the bloggers were commonly bringing up ‘Seeti Bajay Gi’ as a much superior track. As soon as the interview was aired, Zafar took to social media to register his reaction. In an amusing video message, he, armed with a cheeky grin, he unleashed a volley of taunts while building upon the ‘theory’ that he had the power to change the face of the world: “Trump ko kis ne elect karwaya? Bhai ne!” (Who orchestrated Trump’s election win? Me, myself!) he said mockingly, adding that he was available if anyone else wanted help. He even created the hashtag “bhaeehazirhai” (I am available), which has been trending ever since.

Later, Zafar Instagrammed a video of himself at work in his studio, surrounded by dhol players. He captioned it: “Bhai aa raha hai!” (I am coming) Clearly, this was an announcement that he was coming back with some music. In his next video, shot in his home gym, Zafar demonstrated a set of energetic dance moves, set to the dhol beats, and invited the youth, especially school/college students, to copy the steps and then shoot the videos and email them to him. The best clips would be used in the final product, he promised. More recently, he expressed his overwhelm at having received a barrage of emails.

Eventually, after much anticipation, Zafar dropped the video on Sunday evening. It turned out to be quite a smasher.

Catchily titled ‘Mela Loot Liya,’ the video features a jubilant Zafar dancing along with the students of NCA, his alma mater, in one sequence, and with the street children in the other, before they all take the form of a flash mob. Conceived, directed and choreographed by Zafar, the video has an impromptu feel to it, which makes it an even livelier watch.