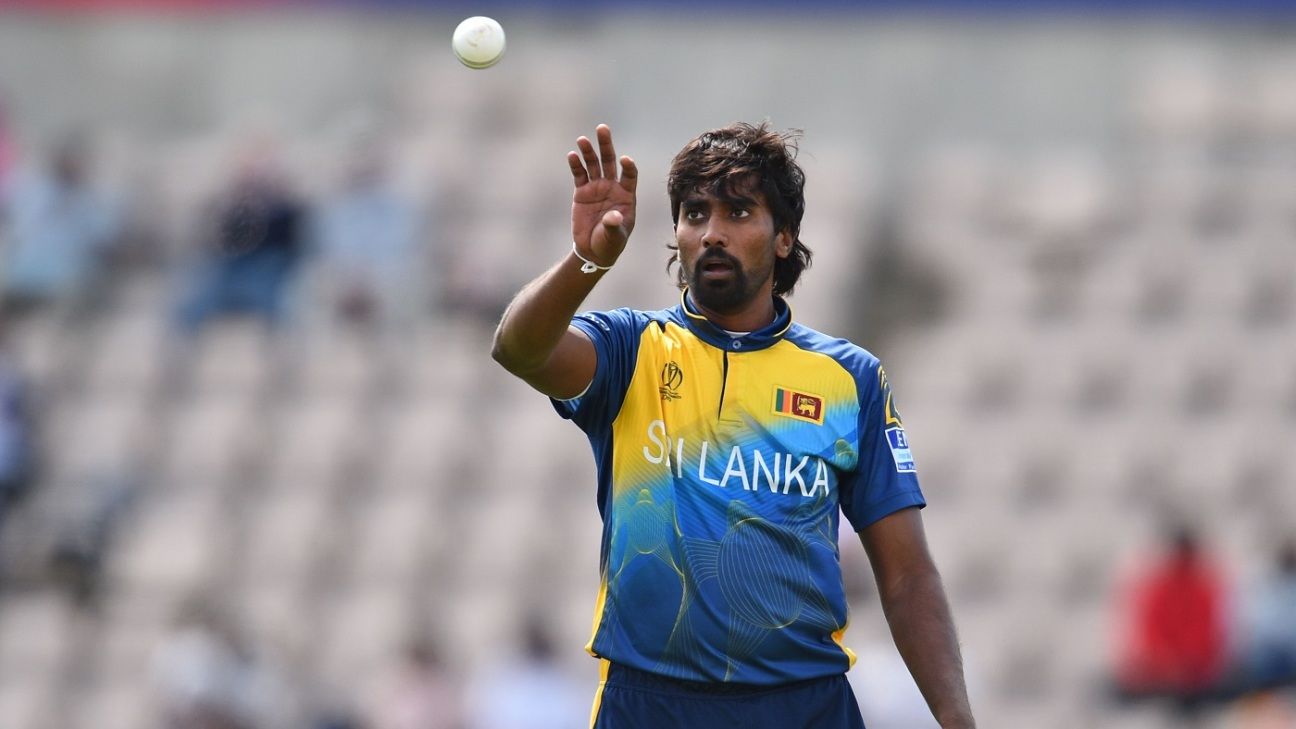 Sri Lanka’s 3-0 sweep in the ODIs against West Indies has come with some collateral damage. Fast bowler Nuwan Pradeep and allrounder Dhananjaya de Silva will miss the two-match T20I series which begins March 4, after both picked up injuries in the third ODI on Sunday. Asitha Fernando, the right-arm quick, is the only replacement who has been called up.

Pradeep hobbled off the field after 4.3 overs in Pallkelle, picking up a hamstring injury three deliveries into his second spell. De Silva injured his wrist during the second innings after scoring a half-century that took the hosts to a match-winning score of 307.

Fernando’s only Sri Lanka appearance came in an ODI in 2017, where he bowled just two overs against Zimbabwe. Since then, he has been in and out of squads – across all three formats – without breaking into the playing XI. In 20 T20 games, he has an economy of 6.98 and an average of 16.84. Even so, he is once again likely to be behind the first-choice trio of Lahiru Kumara, Lasith Malinga, and Isuru Udana in terms of the pecking order.

Angelo Mathews and Dasun Shanaka, also, offer pace options. Their form, together with the recent consistency shown by Thisara Perera and Wanindu Hasaranga may be why there was no replacement sought for de Silva.