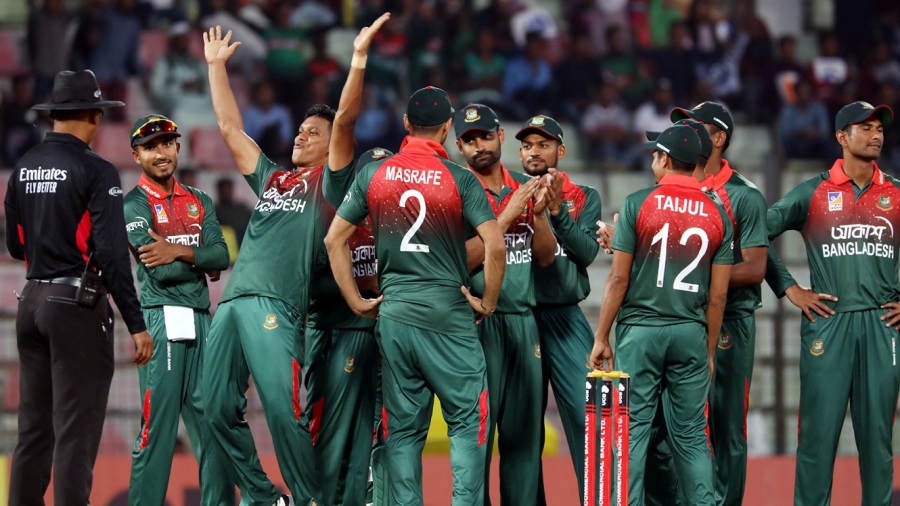 Riding high on confidence, Bangladesh will look to wrap up the ODI series against Zimbabwe in Sylhet. Liton Das and Mohammad Saifuddin provided the spark in the series opener , where the focus was largely on former captain Mashrafe Mortaza. But the Mortaza retirement circus didn’t derail Bangladesh because they batted with a plan.

Tamim Iqbal and Das provided a decent start before Najmul Hossain Shanto and Mohammad Mithun darried on to pile on a big score. Saifuddin burst through with the bat in the end, and later with the new ball, before Mustafizur Rahman, Mehidy Hasan Miraz and Mortaza kept the visitors in check.

Zimbabwe, however, never looked like a team prepared to beat the home side. They were dealt two blows before the game when Craig Ervine was out with flu and Sean Williams didn’t arrive from Harare early enough. It could have been a motivating factor for new captain Chamu Chibhabha. Instead, the bowling lacked penetration and everything went downhill from there.

Only Wesley Madhevere, the 19-year old debutant, batted with some purpose while the rest of the line-up simply caved not only to the pressure of runs, but also in their lack of belief that they could chase the score. Williams, Ervine, Sikandar Raza and Brendan Taylor must provide a better showing in the second ODI, but Chibhabha should also ensure that he has a bowling unit that can threaten the home side.

Liton Das batted smoothly in the first ODI with admittedly limited strokeplay. He reached his second century in international cricket and although against a much weaker attack, Das will certainly be seeking consistency in the rest of the series.

Zimbabwe must be desperate for Sean Williams to return to their line-up. Williams is the new Test captain, who missed out on the one-off Test in Dhaka due to the birth of their child. Williams not only brings experience, but also a form of stability on slow pitches that he has mastered over many years of playing in Bangladesh.

Das suffered cramps during his century while Mohammad Saifuddin is being closely monitored after returning from a back injury, but both are going to play in the second game.

Tinashe Kamunhukamwe and Regis Chakabva are likely to make way for Craig Ervine and Sean Williams, which will bolster Zimbabwe’s middle order greatly. Williams’ ten overs will also be handy in Sylhet.

Bangladesh’s 300-plus score is typical fare on the straw-coloured Sylhet pitch, but there was also swing on offer. The weather is to remain fair, with bright skies around the tea gardens.

Zimbabwe batting coach Stuart Matsikenyeri was named one of the substitute fielders as Craig Ervine had the flu and Sean Williams flew in late from Harare.