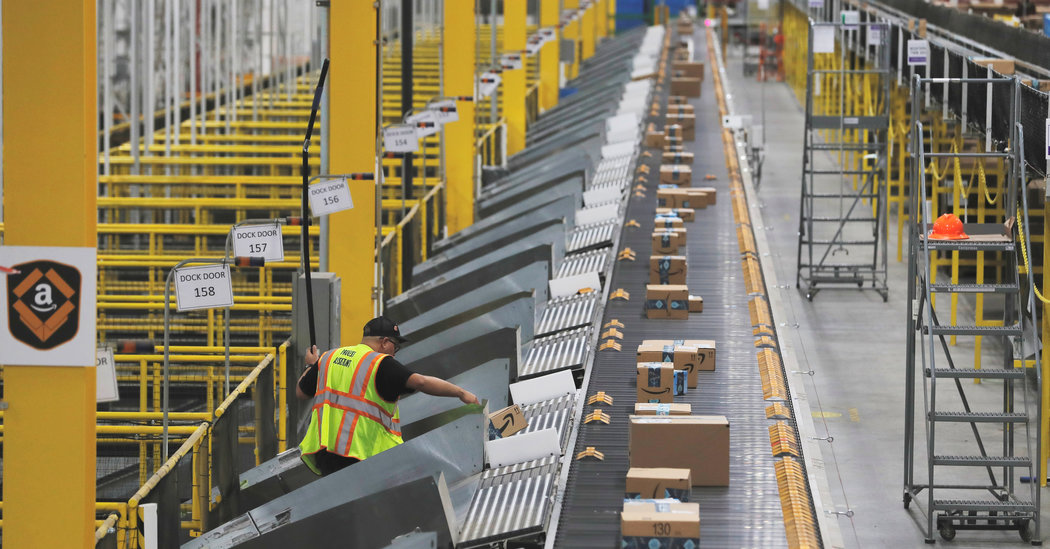 WASHINGTON — A group of bipartisan House lawmakers on Monday outlined a plan to stem the flow of counterfeit products from China and other countries into the United States by making e-commerce companies such as Amazon legally liable for fake goods sold on their websites.

The proposed legislation was a rare show of bipartisanship in the House of Representatives, which has been sharply divided after the impeachment of President Trump. But frustration that large corporations are not doing enough to protect American consumers from the dangers of illicit products coming from China is an issue that has galvanized Republicans and Democrats alike.

The bill, called the Shop Safe Act, would create trademark liability for companies selling counterfeit goods that pose risks to consumer health and safety, like drugs and medical products. It would also force companies to more rigorously vet sellers who operate on their platforms and to remove counterfeit listings and those who repeatedly sell knockoffs.

“Consumer lives are at risk because of dangerous counterfeit products that are flooding the online marketplace,” Representative Doug Collins, Republican of Georgia, said in a statement. “Congress must create accountability to prevent these hazardous items from infiltrating the homes of millions of Americans.”

“Consumers should be able to trust that what they see and purchase online is what they will get, but counterfeiters continue to join platforms with ease and masquerade as reliable sellers in order to infect American households with dangerous and unsafe counterfeit products,” Mr. Nadler said. He added that the legislation would “tackle the gaps” in the current vetting systems that e-commerce companies use.

As part of the trade agreement between the United States and China this year, China said it would work to combat copyright infringement and counterfeiting on e-commerce websites by penalizing local merchants that repeatedly sell fake goods.

Companies like Amazon have generally been exempt from legal liability for products sold by other merchants using their online platforms. However, Amazon acknowledged last year that “civil or criminal liability” for unlawful activities by its sellers was a risk.

A report released this year by the Department of Homeland Security recommended placing a higher burden on e-commerce portals such as Amazon and Walmart.com by holding them liable for fake or illicit products sold by third-party sellers on their websites.

Peter Navarro, the director of the White House Office of Trade and Manufacturing Policy, who helped oversee the recommendations, has been critical of Amazon for profiting from counterfeits. He said in January that “under current lax interpretations of the law, e-commerce platforms face virtually no liability for their counterfeit trafficking.” Mr. Navarro has been working, unsuccessfully, to set up meeting with Jeff Bezos, the chief executive of Amazon, to discuss counterfeit sales.

Amazon said at the time that its efforts to combat sales of counterfeits were “best in class,” but it acknowledged that there was more work to be done.

Mr. Collins said the proposed legislation would help Mr. Trump and Mr. Navarro achieve their goal of curbing counterfeits. The White House is expected to support the legislation, but its pathway in the Senate is unclear.

In unveiling the bill, the lawmakers noted that the Government Accountability Office recently found that 20 of 47 items purchased from third-party sellers on popular consumer websites were counterfeit. Many of those products, which include car seats, airbags and baby formula, pose life-threatening risks.