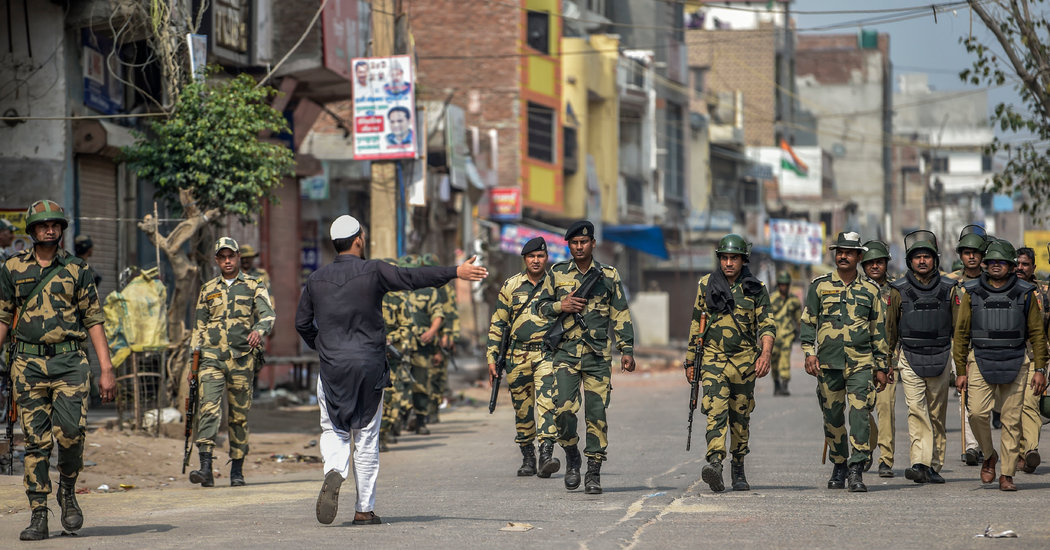 “The government was too lenient with these protesters earlier, and that is why the anger built up over the last week and exploded, unfortunately. But you can’t blame the government,” said Raghav Awasthi, a lawyer and member of the Rashtriya Swayamsevak Sangh, the ideological parent of the B.J.P. “In fact, it is a testament to the ‘Together for all, development for all,’ slogan that the protests were allowed to continue.”

On the fourth day of the violence, after more than 20 people had been killed, Mr. Modi broke his silence and urged “my sisters and brothers of Delhi to maintain peace.”

But many observers said all that Mr. Modi has done in recent years made that peace difficult to deliver. And it is unclear whether there will be enough of a backlash, either domestically or internationally, to make the prime minister change course significantly. While moderates may be disturbed, his Hindu nationalist base could be invigorated.

“It may not work in Delhi, but incidents like this do work in some places in Uttar Pradesh or Bihar,” said Mr. Gokhale, the Mumbai activist, mentioning two other states. “Tomorrow Modi might reap political dividends, but people are going to be dead.”

There could be other costs, as well. These days, Mr. Modi speaks less about the development and reforms he once promised. The economy is reeling, with unemployment at a 45-year high and growth slowing to the lowest rate seen in nearly a decade.

Privately, some officials say that Mr. Modi’s government is so focused on its ideological aspirations that it is losing sight of the economy. And as the country’s economic malaise deepens, there is worry that Mr. Modi and his allies will again look to Hindu nationalist sentiment for a boost, and a distraction.

“To build that Hindu nation, control is everything,” said Shivshankar Menon, a former national security adviser.