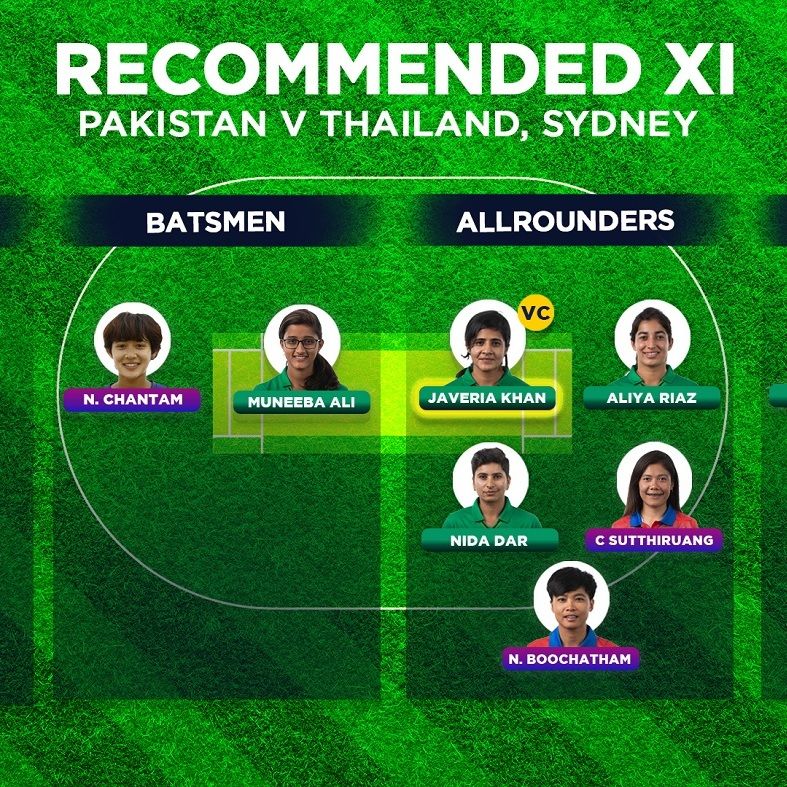 Baig has given Pakistan fantastic starts in all three games so far. She has picked up five wickets and all of them have come in the powerplay. So you can expect her to pick up a few wickets against Thailand as well. Her economy in the tournament is 5.33 and her strike rate is 14.4.

Javeria has been in good form – in the World Cup, she has scored 82 runs in three games and before that, she scored an unbeaten 57 in a T20I against England. She is a good vice-captain choice against a weak Thailand bowling line-up.

Onnicha Kamchomphu: Kamchomphu scored a 21-ball 26 against South Africa. She has the second-highest strike rate (84.7) for Thailand in T20Is. She could get you some points again.

Muneeba Ali: Muneeba has got into double-figures and gotten out in the last couple of games, though she did hit a few crisp boundaries when she scored 25 against West Indies.

Nattaya Boochatham: The highest wicket-taker for Thailand, Boochatham she has picked up just a single wicket in the tournament but her economy rate has been an impressive 6.62. Since she also bats at the top, she is a valuable pick.