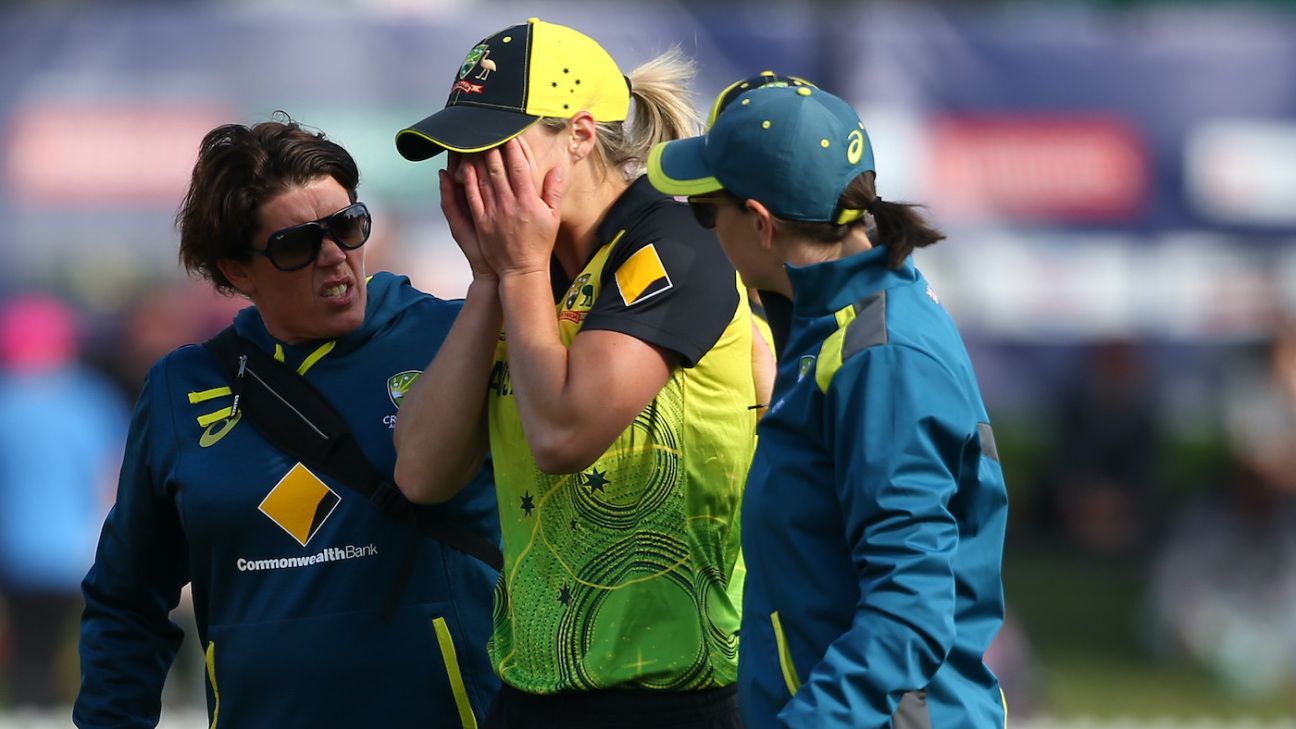 Australia’s star allrounder Ellyse Perry suffered a right hamstring injury while fielding during the winner-takes-all clash with New Zealand at the Junction Oval.

Perry fielded a ball at mid-off and threw in one motion, off balance, trying to run out New Zealand captain Sophie Devine. She immediately crumpled to the ground clutching her right hamstring. She hobbled off with a significant limp and a concerned look on her face.

Perry came into the game in doubt due to a hip complaint that restricted her training in the build-up. She had to pass a fitness on the morning of the game to be cleared to play.

Perry made 21 from 15 with the bat but was not running with her usual fluency during the innings and was kept away from outfield duties in the field. She is normally posted at deep midwicket as one of Australia’s best fielders but spent the first 11 overs fielding in the ring, predominantly at mid-off.