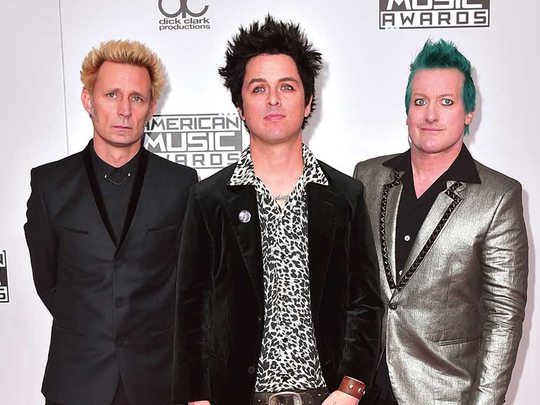 Green Day and BTS have joined the list of music acts postponing or axing shows around the world due to coronavirus concerns.

“We have unfortunately made the difficult decision to postpone our upcoming shows in Asia due to the health + travel concerns with coronavirus,” the ‘American Idiot’ rockers announced over the weekend. “We know it sucks, as we were looking forward to seeing you all, but hold on to your tickets we’ll be announcing the new dates very soon.”

Green Day was to have played a total of nine dates in March in Singapore, Thailand, the Philippines, Taiwan, Hong Kong, South Korea and Japan.

British rapper Stormzy has, per his website, cancel;ed a March 28 date in Hong Kong and a March 29 show in Seoul, and New Order put off shows with Pet Shop Boys on March 3-4 in Tokyo and March 6 in Osaka, Japan.

“With the ongoing Coronavirus outbreak, we are concerned about the potential quarantine we may face affecting further shows and appearances,” New Order tweeted Wednesday. “We would also hate to risk our fan’s health or the of risk spreading the virus on our return. We promise we will be back as soon as we can.”

R&B singer Khalid made the decision earlier than most, two weeks ago, when he postponed the entire Asian leg of his tour, which was to have hit Bangkok, Singapore, Jakarta, Manila, Kuala Lumpur, Tokyo, Seoul, Mumbai and Bangalore between March 24 and April 14.

Meanwhile, in Italy, which as of Sunday had the largest coronavirus outbreak outside of Asia, the thrash-metal band Testament canceled a Milan show set for earlier this week.

Lead singer Chuck Billy addressed fans on Tuesday via Instagram, saying, “You there in Milan, stay safe, stay healthy, and hopefully we get through all this together.” The band was to have played with Exodus and Death Angel.

Back in Los Angeles, the 18th Korea Times Music Festival at the Hollywood Bowl, which boasts a lineup full of South Korean artists, was postponed earlier this week due to coronavirus-related travel restrictions in Asia. It had been set for April 25.