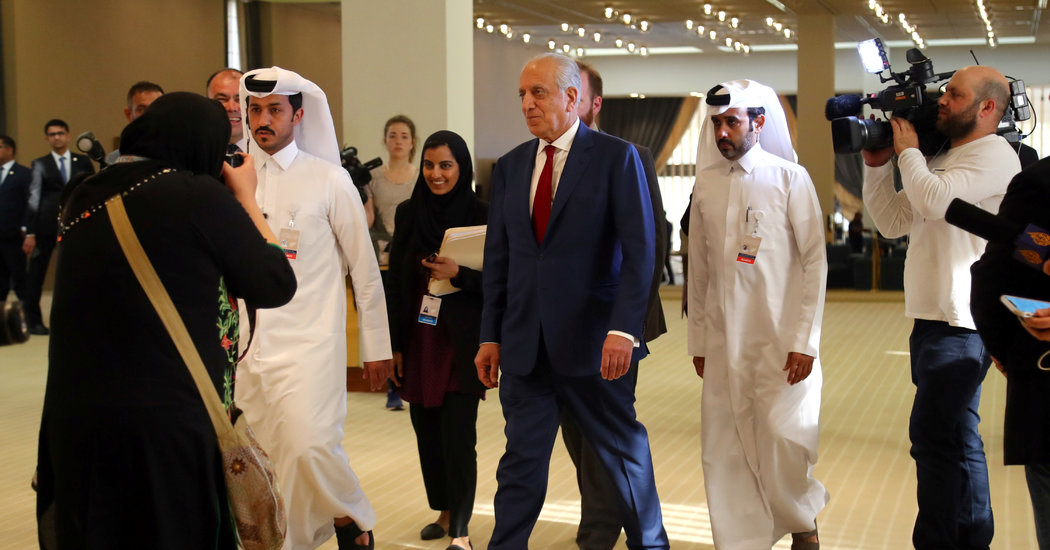 In September, just as Mr. Khalilzad was on verge of finalizing his deal, Mr. Trump abruptly called off talks. Publicly, the president cited the Taliban’s continuing attacks. But part of the reason appeared to be the Taliban’s refusal to agree to his grand gesture of a meeting at Camp David before an American troop withdrawal was announced.

“Zal and his team really grappled, after the September decision to break off Taliban talks, with how to keep it on life support,” said Dan Feldman, who served as special representative to Afghanistan and Pakistan under President Barack Obama.

“Many of us would have been tempted to leave at that point, feeling that more than a year of hard work was thrown overboard,” said Mr. Dobbins, who had been President Bush’s Afghanistan envoy. “His ability to stick with it, and to persuade the Taliban to give some additional concessions, was a real credit.”

A key hand in helping put the talks back on track was Robert C. O’Brien, the White House national security adviser. He took that post in the tumultuous stretch when the negotiations had been called off and John R. Bolton, who had advocated against the deal, was fired.

In an interview on Sunday, Mr. O’Brien said he and Mr. Khalilzad were close after working together on several hostage release efforts over the years.

“After negotiations had broken down, Secretary Pompeo, Ambassador Khalilzad and I worked together to see if it was possible to get the negotiations back on track, to get the Taliban to show their good faith and wanting to return to the table,” Mr. O’Brien said. “I think those efforts were successful, and ultimately we got a deal.”

In addition to the American troop withdrawal, that deal also ensures ending terror sanctuaries in Afghanistan and starting negotiations between the Afghan sides over a power sharing government — something that could end the insurgency altogether.