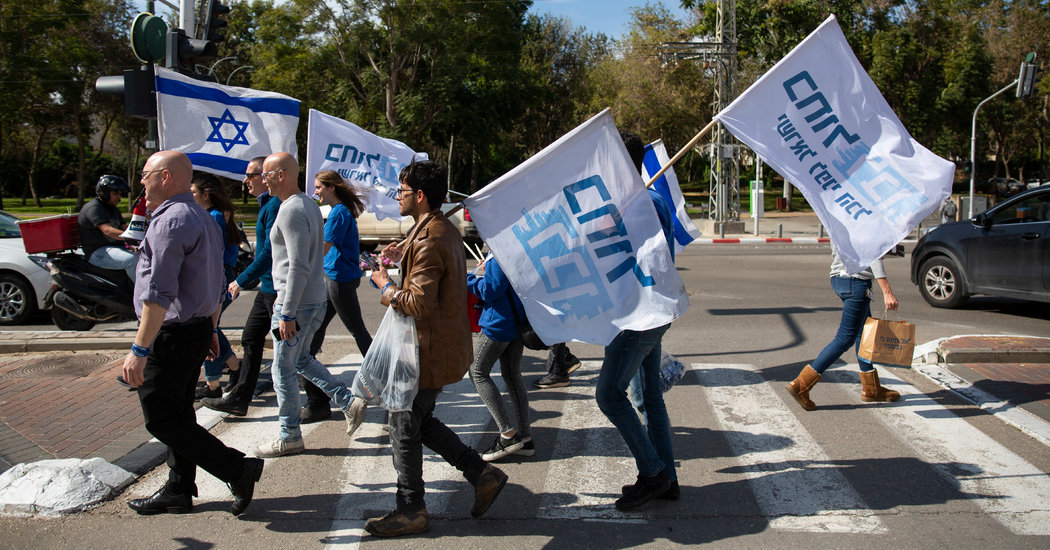 JERUSALEM — Israelis will attempt to break the country’s political deadlock on Monday, heading to polling stations for the country’s third general election in less than a year.

Prime Minister Benjamin Netanyahu has recently inched ahead in some polls, raising the chance of extending his 11-year tenure. But it’s more likely that the vote again ends inconclusively, prolongs Israel’s stalemate and leads to a yet another election in a few months’ time.

Here are some of the biggest questions ahead of the vote.

Why is Israel holding another election?

Israelis voted in a general election last April, and then again in September. Both times, neither Mr. Netanyahu’s mainly religious-conservative bloc nor its centrist, secular opponents could rally enough seats to form a governing coalition.

As a result, Mr. Netanyahu has remained in charge of a listless caretaker government, defanged of certain powers and unable to set a budget. Only a new election can break this stalemate.

How do Israel’s elections work?

Israelis vote for parties, rather than individual candidates. The 120 seats in Parliament are then divided among parties, according to their proportion of the national vote share.

That process makes it almost impossible for any single party to win a majority — or 61 seats — on its own. To win power, political leaders need to cobble together awkward alliances with several smaller parties, sometimes with vastly different ideologies and demands for political and economic concessions.

Palestinians living in the occupied territories are not allowed to vote.

Who are the main competitors?

Mr. Netanyahu’s right-wing bloc consists of his own Likud party, a secular conservative group, and a handful of ultra-Orthodox and far-right parties.

His main rival is Benny Gantz, a former army chief who leads a secular centrist alliance, Blue and White. To form a majority, Mr. Gantz would aim to build a coalition starting with the left-of-center Labor-Gesher-Meretz alliance.

But since Mr. Netanyahu and Mr. Gantz both back the proposal, the election has instead become a plebiscite on Mr. Netanyahu himself. He was indicted on corruption charges in November and, if re-elected, would become the first Israeli prime minister to hold office while a defendant in a criminal trial.

Mr. Gantz says the integrity of Israeli democracy is at stake. Mr. Netanyahu says Mr. Gantz is incompetent, and only he has the experience to protect Israel’s economy and security.

Will anyone win a majority?

Probably not. But with voter fatigue setting in and fears of coronavirus rising, a lower-than-expected turnout might spring a surprise.

All eyes are on Avigdor Liberman, a former ally of Mr. Netanyahu who is now a potential kingmaker. He leads a small secular nationalist group and has yet to clarify whom, if anyone, he will support.

To get over the line, Mr. Gantz would also need support from an alliance of Arab parties. But that in turn might put off Mr. Liberman, who has historically ruled out joining a government that includes those Arab lawmakers.

Can Mr. Netanyahu form a government while under indictment?

It’s unclear: The Supreme Court has delayed making a decision. If charged while in office, an Israeli prime minister can remain in the post until the very end of the legal process. But no one agrees whether a lawmaker bidding to be prime minister, as Mr. Netanyahu would technically be classified, would receive the same protection.

“It’s an open question, legally,” said Mordechai Kremnitzer, a law professor at the Hebrew University in Jerusalem. “We don’t have any precedent.”

What’s the chance of a fourth election?

No one is ruling it out. But most parties are privately dreading another costly election cycle that drains party coffers, erodes trust in the political process and jams the economy.

The current caretaker government cannot set a new budget, resulting in the delay of new government projects and funding for education and social care.