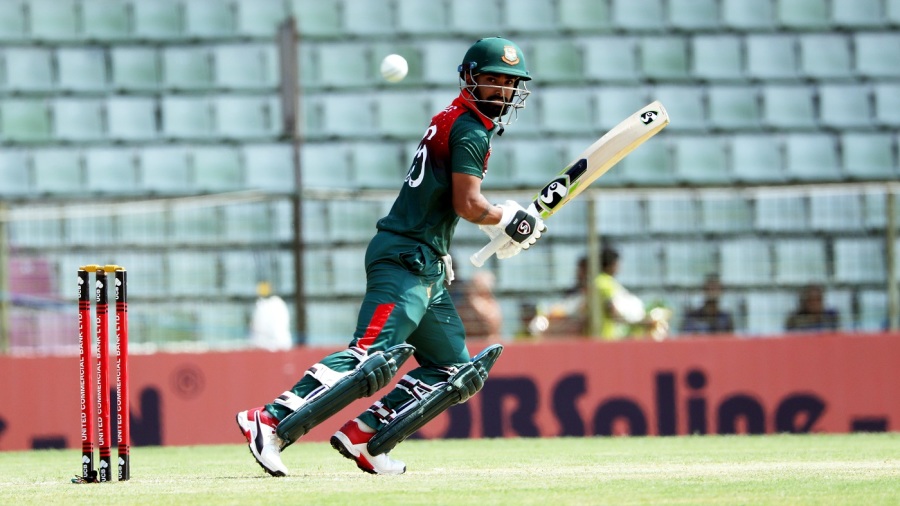 Bangladesh stormed to a 169-run win in Sylhet, their largest in ODIs. They rode on a ton from Liton Das and swift cameos from Mohammad Mithun and Mohammad Saifuddin to reach 321 for 6 before Zimbabwe’s chase imploded. Saifuddin did the early damage with an opening spell of 2 for 6 in five overs and the visitors never really recovered, bowled out for 152 with Bangladesh’s bowlers sharing the wickets around.

On a hot, humid afternoon, Das appeared more troubled by the conditions than he was by Zimbabwe’s attack. Opening the batting alongside Tamim Iqbal, he crunched the sixth ball of the innings to the cover point boundary and added three more fours inside the Powerplay to set the tone of the innings. Iqbal raised Bangladesh’s fifty in the 11th over with a rasping cut, but otherwise played within himself and was fortunate to survive a strong lbw shout soon afterwards when Carl Mumba pinged his front pad with a full, angled delivery.

Zimbabwe declined the review even though replays showed Iqbal would have been out. There was some iffy judgment with regards to the DRS from both sides as Iqbal then burnt Bangladesh’s review when Wesley Madhevere, the 19 year old debutant, trapped him in front with an offbreak that rushed on with the arm.

But there was no doubt about Das’s acumen with the bat in hand and he progressed steadily, in almost complete control, putting the fielders under pressure with some swift running and cashing in on anything loose.

At the other end, Najmul Hossain Shanto was similarly sharp in calling for quick singles, and he peppered the boundary with a couple of crisp strokes of his own as the pair added 80 for the second wicket in quick time. Bangladesh cruised past 100 in the 20th over, but Iqbal’s injudicious use of the review earlier came back to haunt Shanto when he was given out lbw to a ball from Tino Mutombodzi that would have missed the off stump.