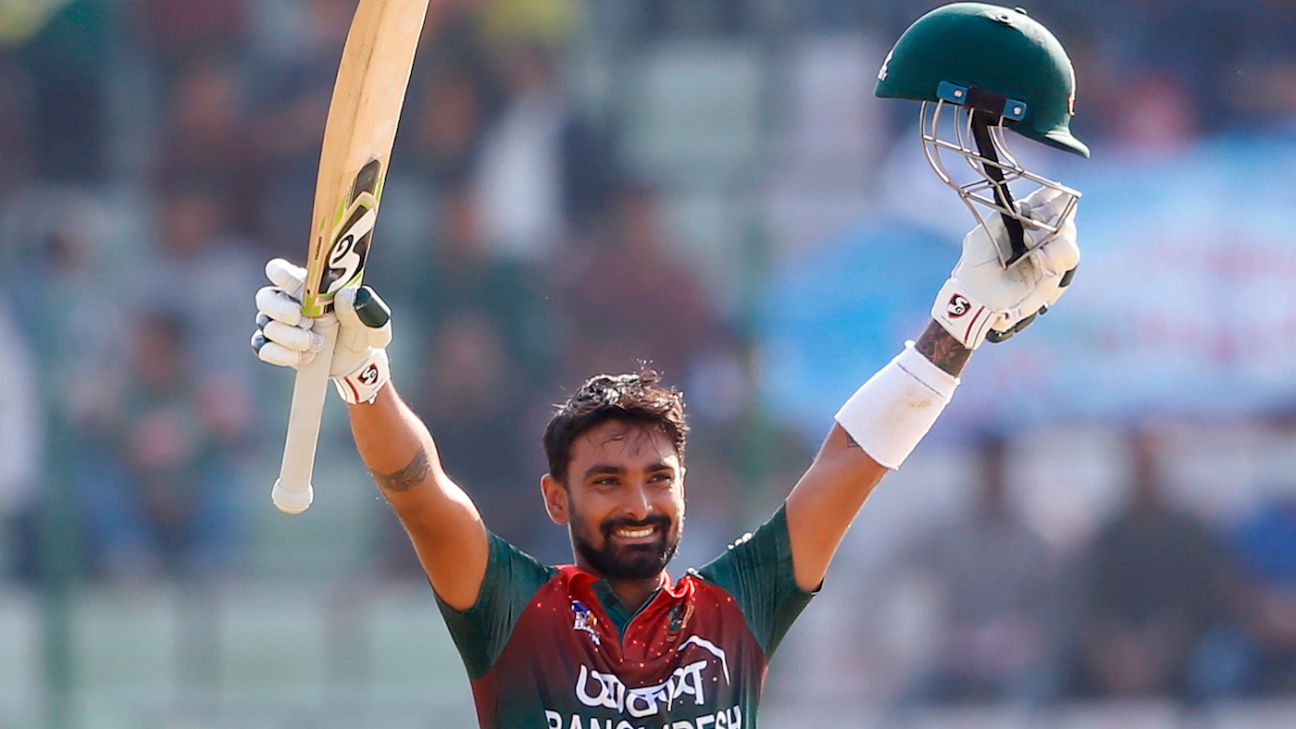 Liton Das’ decision to bat with a limited amount of shots is bearing fruit after he used the methodology in the first ODI against Zimbabwe. He scored an unbeaten 126, his second international century, helping Bangladesh to a record 169-run win in Sylhet.

Das said that he had planned to curb his strokes as he was making a “nervous” start in his first ODI since the 2019 World Cup. He had missed the three-match ODI series against Sri Lanka in July, leaving him a long break in the format, like most of the Bangladesh players.

“When you are too high in confidence, you get into a mindset of trying to play a lot of shots,” he said after the match. “It becomes a problem. When you set yourself to play only a few shots, that I will only hit those I am really good at, and then take singles off the rest, it reduces the risk. But there’s a higher percentage of getting out when you are too confident of clearing the fielders. You may be successful to get boundaries, but there’s a higher chance of losing your wicket.”

Das timed the ball sweetly through the off side for his first three fours, before he pulled the ball couple of times and then blasted Donald Tiripano down the ground after he had reached his fifty. Quick to act on anything short from the spinners, Das was also picking up boundaries after he reached his century off 95 balls.

Along with his 13 fours and two sixes, the 51 singles, which resulted in a low dot-ball percentage, really helped Bangladesh post the 300-plus total. Das said that his initial plan was to bat for the first 30 overs, and keep picking singles, which is a mantra from their revered batting coach Neil McKenzie.

“I know I have to bat 30 overs to score a hundred, against any side,” he said. “I wanted to bat normally during this period, take singles and utilise the bad balls. I was negative at the start as I was nervous, but when I got settled, I was batting better.

“McKenzie tells us not to play a dot ball. Our job with him is to ensure that we keep rotating the strike. Whatever you do in practice, will serve you in the field. If you get out in ten ways in the nets, then you can’t expect to score a hundred. But if you are batting well in the nets, you can utilise in the match.”

Das also said that he has become a lot more focused in the last 12 months, having incorporated a session to watch his own innings in video, to review his mistakes. “I don’t review my footage usually, but I have started to see my batting in the last 12 months. My last hundred was in the Asia Cup final, but this is also a big match for me. I have had to focus in the same way in both innings.”