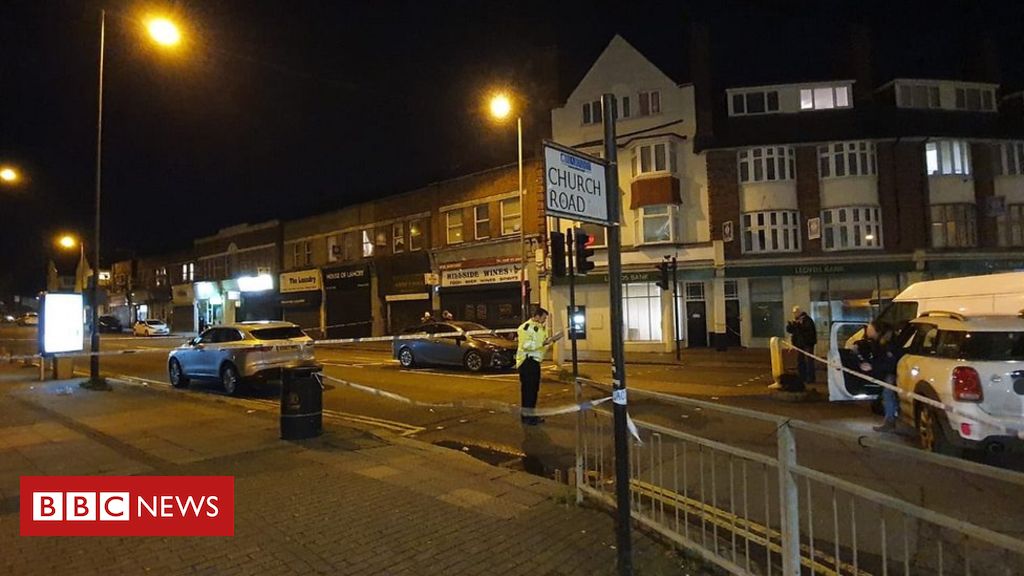 A father was stabbed to death on his way to work a night shift just 15 minutes after leaving his newborn baby at home, police said.

Officers were called to Parson Street, Hendon, north-west London, at 21:00 GMT on Saturday after a silver VW Polo collided with a parked car.

The 24-year-old victim, from Edgware, was found inside the VW Polo suffering from stab injuries.

He had been attacked in a car park minutes before the crash, police said.

He was taken to hospital but died later.

Det Ch Insp Andy Partridge, of the Metropolitan Police, said: “We believe the victim was parked up in the silver VW Polo in the car park in Stratford Road, off Bell Lane, NW4, minutes before the collision took place in Parson Street.

“It is likely that a number of witnesses in the Belle Vue Estate may have witnessed the attack.

“The victim was arriving at the car park, in order to travel to work for a night shift. He had just left his girlfriend and newborn baby at home in Edgware 15 minutes earlier.”

No arrests have been made but inquiries have begun to find those responsible, the Met said.

The man’s next of kin have been informed and a post-mortem examination is being arranged.