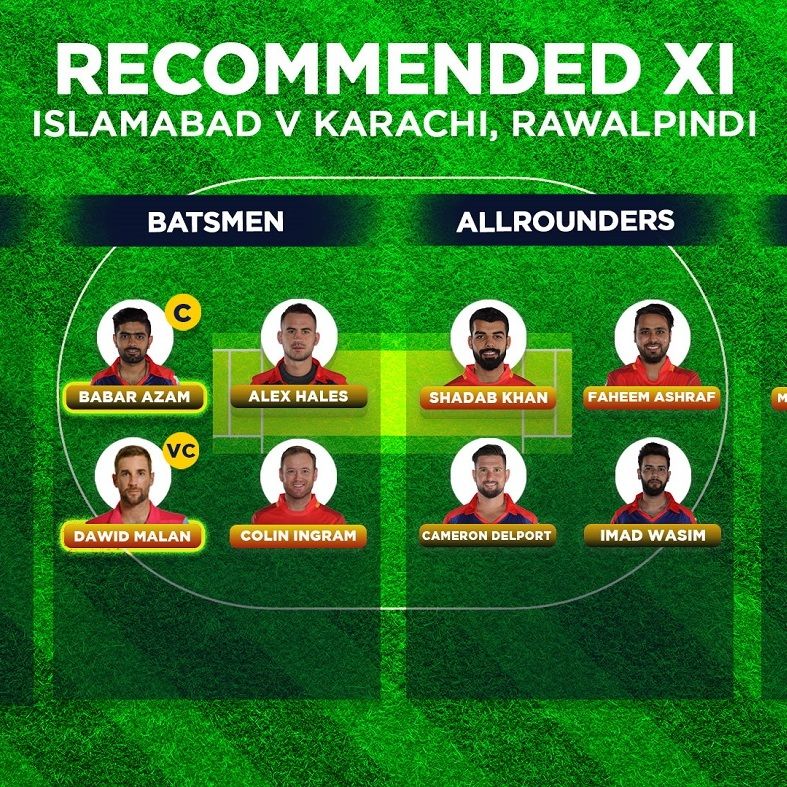 Babar hasn’t quite got going in the last couple of games but the batting strip in Rawalpindi might be exactly what he needs to get some runs. He has scored 319 runs in nine T20 innings at the venue at an average of 45.57 and a strike rate of 113.52.

Alex Hales: Hales has back-to-back scores of 29 in the competition so far, but had four fifties in six NNL innings just before the PSL. Since 2019, his strike rate in the powerplay in all T20s has been 146.70.

Luke Ronchi: Ronchi had a terrific start to the tournament but his scores have been on the lower side over the last couple of games. But it will be a good move to have him in your team because of his numbers against Karachi. He has scored 263 runs against them at a strike rate of 186.52 and he averages 87.66 against them.

Shadab Khan: Shadab has been batting in the upper middle-order of late and scoring pretty well. That confidence seems to be rubbing off on his bowling as well. He has picked up three wickets and scored 91 runs in the last two games.

Faheem Ashraf: Ashraf has picked up wickets in all the four games so far. He has seven in the bag at a strike rate of 12.85. Though his economy is on the higher side (9.33), he is a genuine wicket-taker for Islamabad.

Cameron Delport: Delport bats in the top four and can also bowl a few overs if needed. He hasn’t scored big runs yet but has made some decent contributions of 20 and 22 in his first couple of games. In all T20s, Delport strikes at 145.03 in the middle overs and at 183.33 in the death, suggesting he could be the perfect finisher for Karachi.