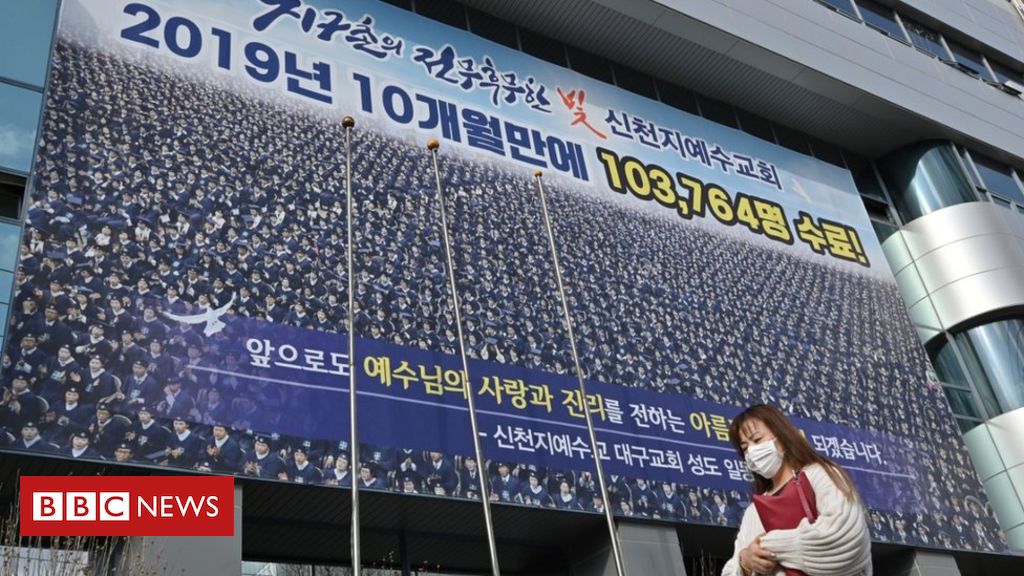 The leader of a religious sect in South Korea could face a homicide investigation over some of the country’s coronavirus deaths.

The city government of the capital Seoul has asked prosecutors to charge Lee Man-hee, the founder of the Shincheonji Church, and 11 others.

They are accused of hiding the names of some members as officials tried to track patients before the virus spread.

South Korea is battling the worst coronavirus outbreak outside China.

The country has reported 3,730 cases and 21 deaths so far. More than half of all infections involve members of the Shincheonji Church of Jesus, a fringe Christian group.

Authorities say Shincheonji members infected one another in the southern city of Daegu last month, before fanning out around the country.

On Sunday the Seoul City government filed a legal complaint to prosecutors against 12 leaders of the sect. They are accused of homicide, causing harm and violating the Infectious Disease and Control Act.

The BBC’s Laura Bicker in Seoul says the complaint reflects growing public anger towards the religious group. Its leader Lee Man-hee claims he is the Messiah.

All 230,000 members of the church have been interviewed and nearly 9,000 said they were showing symptoms of coronavirus.

A 61-year-old female member of the sect who tested positive for the virus was among the first to be infected.

She initially refused to be taken to a hospital to be tested and is known to have attended several church gatherings before testing positive.

The sect’s leader Mr Lee has also been tested for the virus and is awaiting the results.

Roman Catholic churches remain closed, major Protestant groups have cancelled Sunday services and all Buddhist events have been called off in the country.

What about the rest of the world?

More than 85,403 cases of the new coronavirus have been confirmed in over 50 countries, according to the World Health Organization.

The global death toll is more than 2,900. The vast majority of infections and deaths are in China.

On Sunday, Australia and Thailand also recorded their first fatalities from coronavirus.

A 78-year-old Australian man died after being infected on the Diamond Princess cruise ship in Japan last month.

Thailand, which has had 42 cases of the virus, said a 35-year-old man who died was also suffering from dengue fever.

In Paris, the Louvre museum did not open on Sunday. The museum said on Twitter a meeting was being held on the public health situation and “the museum cannot open at the moment”.

France has banned all indoor gatherings of more than 5,000 people, as part of efforts to contain the country’s coronavirus outbreak.